RBI monetary policy 2018: It needs to be noted that prospects of a 50 basis points rate hike scenario hangs on India, but the real question that one should ask is when exactly is it going to take place. 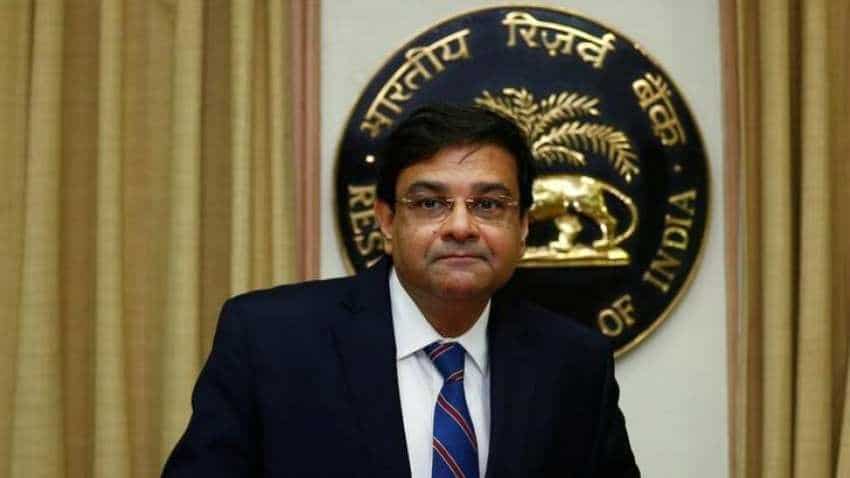 Once again all eyes will be watching the Reserve Bank of India (RBI) as it will be presenting India’s third bi-monthly monetary policy for the fiscal year FY19 today. RBI governor Urjit Patel along with six-member Monetary Policy Committee (MPC) will be announcing the August policy at around 14:30 hours followed by a media interaction. Ahead of the policy, the benchmark indices were trading very volalite, as they give away their early hours gain and were now trading on negative note with Sensex dropping by 67.16 points or 0.18% trading at 37,539.42, while Nifty 50 down by 10.55 points or 0.09% trading at 11,345.95.

Economists have been split straight down the middle over the outlook. The latest poll by Reuters shows a small majority (37 out of 63 analysts polled) agree that rates will be hiked. 22 analysts think that rates will next be hiked in either October or December.

RBI monetary policy 2018: It needs to be noted that prospects of a 50 basis points rate hike scenario hangs on India, but the real question that one should ask is when exactly is it going to take place.

In previous policy, many believed that RBI will maintain a status quo followed by a rate hike in upcoming policy, however, the central bank chose to shock markets by increasing policy repo rate by 25 basis points to 6.25% from previous 6% in second bi-monthly FY19.

While many are expecting a status quo this time, let’s have an understanding to why a case for rate hike stands in India.

When RBI hiked interest rates at its most recent meeting in June, it made clear that the future path of monetary policy will be determined in large part by incoming data.

The MPC maintained its “neutral” policy stance, which implied there was no inevitability about further rate hikes.

Shilan Shah, Senior India Economist at Capital Economics said, “We think that the recent data have strengthened the case for another rate hike.”

The time when RBI decided to hike repo rate was when t GDP growth had surged to a two year high in Q1. This led MPC to note in its policy statement that “domestic economic activity has exhibited sustained revival in recent quarters and the output gap has almost closed”.

Shah explains the pace of growth in Q2 is probably still consistent with the output gap continuing to shrink. Supporting this view, soft surveys show that capacity utilisation rates were higher in Q2 than at any other point over the past seven years.

Meanwhile, RBI is concerned about inflation.

The Consumer Price Index (CPI) came in at a five-month high of 5.0% y/y in June, from 4.9% y/y in May. This pushed the headline rate further above the RBI’s 4.0% inflation target.

More importantly, what troubles RBI most is the core inflation which has surged to four-year high of 6.5% y/y in June, from 6.2% y/y in May.

Shah said, “Core inflation looks set to remain elevated by the standards of the recent past. Looser fiscal policy ahead of the general election in 2019 could stoke aggregate demand and lift price pressures.”

Shivom Chakravarti, Sumedha Dasgupta and Sparsh Chhabra analysts at ICICI Securities said, “We assign a fairly high probability of the RBI hiking rates by 25 bps on 1-August-2018 on the back of recent MSP hikes and elevated level of core inflation.”

According to trio at ICICI, the MSP hike is expected to increase the headline inflation by 50 bps. However, rising food inflation could work to stoke inflationary expectations and subsequently we believe that it would be prudent for the RBI to get ahead of the curve rather than resort to a wait and watch approach.

The trio said, “Pressures from core inflation have not abated either. While the recent cuts in GST for select service related goods is expected to shave close to 25 bps of core CPI inflation, the persistent elevated nature of services inflation remains a concern.” 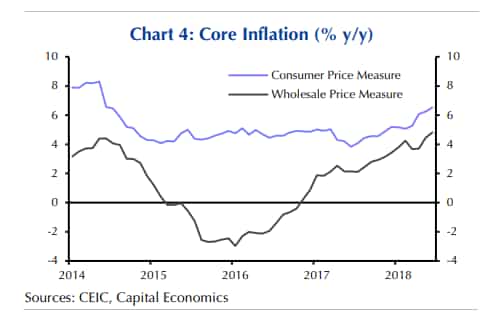 Furthermore, what causes RBI to once again rate hike would be INR yields which have already priced in a rate hike and subsequently the response could be muted but are expected to trend higher over the medium-term.

Therefore, Shah mentions that, “we think that the latest activity and inflation data will embolden most, if not all, members of the MPC to vote for further policy tightening.”

Shah forecasts, another 25bp rise in both the repo and reverse repo rates, to 6.50% and 6.25% respectively. 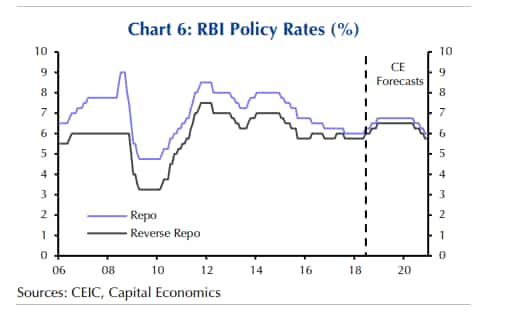 As per ICICI, the major reason that would force RBI to hike rate would be MSP latest announcement accompanied by concerns about elevated core inflation, global crude price movements and continued financial market volatility.

Even Singapore banking group DBS stated recently that, it would be paying attention to the Reserve Bank of India's views on liquidity today and see a 25 bp hike in rates.

From above one can surely hope for a rate hike this policy. The RBI has once again tabled three day meeting from July 30 till today to decide the policy. It is noteworthy that RBI has changed its format of announcing the monetary policy, the last time it did a rate hike was the outcome.