"The Reserve Bank of India (RBI) is likely to maintain a status-quo on interest rates in the second bi-monthly monetary policy review," the report by India Ratings said. 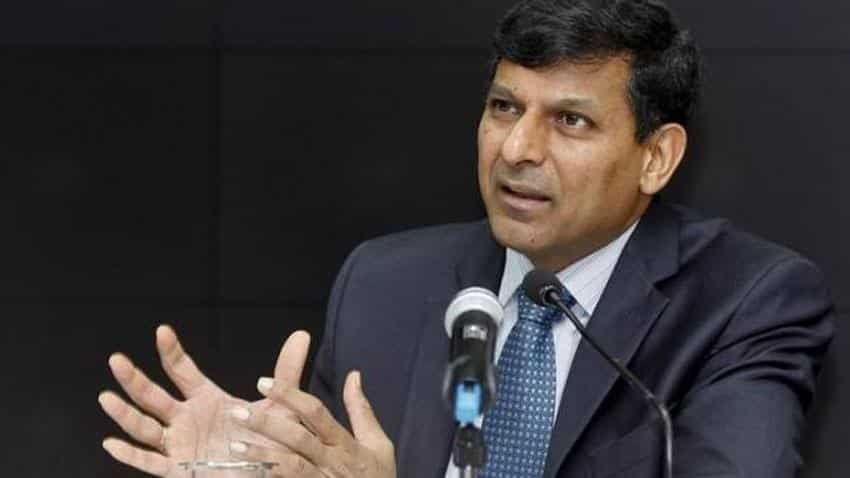 Reserve Bank of India (RBI) Governor Raghuram Rajan will go for a status quo in rates at the upcoming policy review on Tuesday, and focus on inflation and transmission of past rate cuts, says a report.

"The Reserve Bank of India (RBI) is likely to maintain a status-quo on interest rates in the second bi-monthly monetary policy review," the report by India Ratings said.

Meanwhile, global brokerage HSBC also said that Rajan will go for holding rates at the review and may do a final 0.25% cut in August.

India Ratings said rather than cutting rates, Rajan will focus on inflation control, liquidity management and the pending policy transmission in the near-term.

Other factors like US Federal Reserve's possible rate cut call, fate of the Britain's stay in Eurozone and the performance of the monsoon will also prevent the rate cut action, it said.

It, however, said there is room for one more 0.25% point cut in the key rates which Rajan may opt for at the next review in August, it said.

The headline inflation rose to 5.4% in April on a spurt in food prices. The RBI is targeting to bring it down to 5% by end of the fiscal 2017, and has made it clear that at present base-effect is helping the country.

The agency said uptick in brent crude prices and domestically higher minimum support prices will also push up headline inflation in the future.

At the last review, Rajan had cut the policy rate by 0.25% but taken a host of measures to improve the liquidity and reduce the cost of funds for banks. The rate cut was accompanied by narrowing the policy rate to 0.50% from 1% by reducing marginal standing facility rate by 0.75% and increasing the reverse repo rate by 0.25%.

The agency said call money rates have remained closer to the repo rate and liquidity conditions have been largely comfortable since the last review.

This was possible due to the factors like a significant decline in government's surplus cash with RBI, which declined to Rs 36.47 billion on June 2 from Rs 809.82 billion on April 5, and open market operations by RBI, it explained.

The rating agency said in the last review, the RBI had sought to address tight liquidity and weak transmission, and progress on the latter is still elusive.