RBI is at advanced stage of preparing list of debtors: FM Jaitley on rising NPAs

RBI's deputy governor SS Mundra said that the central bank has formed an internal panel on some large bad loans. 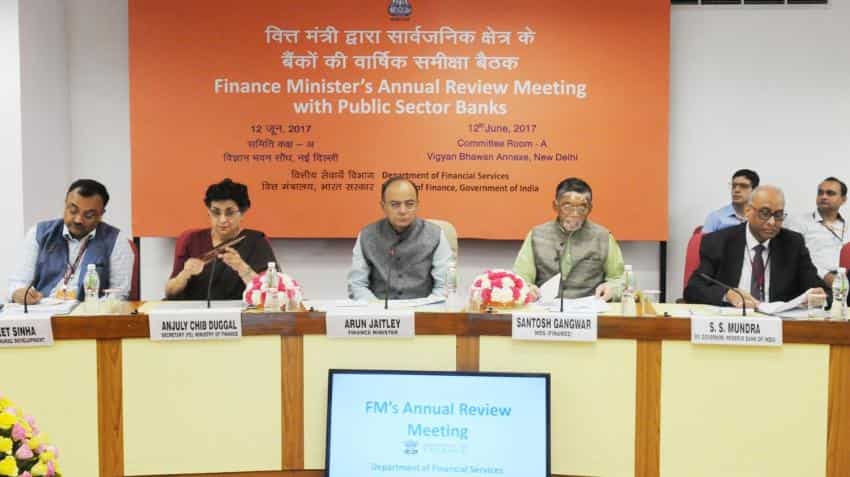 Finance Minister Arun Jaitley on Monday said that the Reserve Bank of India is at "advanced" stage preparing a list of debtors.

Today, Jaitley held a meeting with the heads of PSU banks to discuss the bad loans issue and the steps being taken by them to expedite recovery of bad loans that have hit unacceptably high levels.

Jaitley said, "We are actively working on consolidation of banks. The resolution of bad loans should move forward soon."

According to Reuters, Jaitley said, "The RBI is at a fairly advanced stage of preparing a list of those debtors where a resolution is required through the IBC (Insolvency and Bankruptcy Code) process and you`ll shortly be hearing about it."

According to a PTI report, non-performing assets (NPAs) of public sector banks (PSBs) have gone past the Rs 6 lakh crore mark, the bulk of which are in sectors such as power, steel, road infrastructure and textiles.

The government empowered the RBI to ask banks to initiate insolvency proceedings to recover bad loans and promised more measures to resolve the NPA crisis.

The RBI also made substantial changes in the related norms and also warned banks of monetary penalty for missing NPA resolution timelines.

Further, Bhartiya Janta Party (BJP) has been pushing for waiving off farm loans as many states has been following it. Jaitley said that farm loan waiving states need to generate own resources.

Uttar Pradesh and Maharashtra have already announced farm loan waive for farmers. While, Andhra Pradesh and Telangana have also demanded for waiving farm loans. However, since the first announcement in April, not only many economists but also RBI have said that the move will pose threat on different levels.