This comes very surprising, because many economists did expected a raise in repo rate ranging from 50 basis points to 25 basis points, but nobody expected it will take place in this monetary policy. 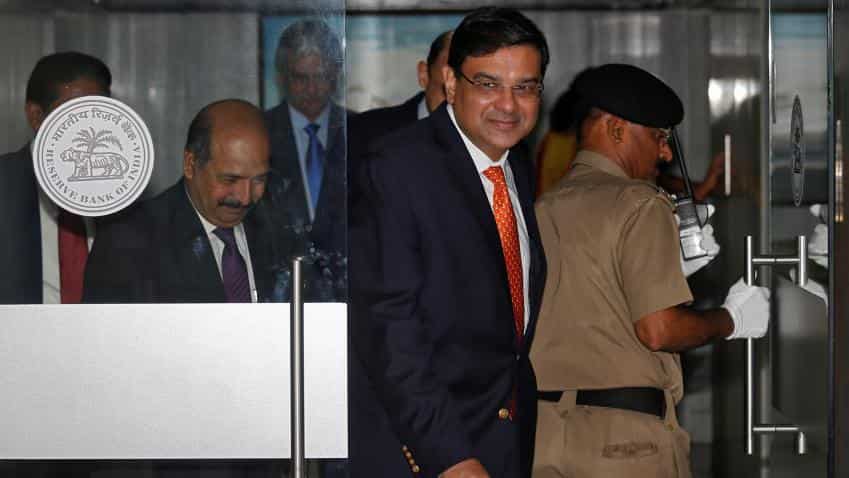 A new trend has taken place in India's policy repo rate. Today, while announcing the second bi-monthly monetary policy, RBI hiked repo rate and reverse repo rate by 25 basis points to 6.25% and 6% from previous 6% and 5.75%. Markets responded to the rate hike very positively, as the benchmark Sensex rose by a whopping 276 points or 0.79% to 35,178.88, whereas Nifty 50 surged by 92 points or 0.86% at 10,684.65. Even Indian rupee welcomed the move, by strengthening to a 1-month high against US benchmark dollar index. The domestic currency finished at 66.840 level up by 0.255 points or 0.38% against the American unit at interbank forex market.

This RBI step came as a surprise, because many economists had expected a rise in repo rate ranging from 25 basis points to even 50 basis points, but nobody had foreseen it taking place in this monetary policy. However, RBI had started hinting about a repo rate hike  from last policy, and a three day MPC meeting also raised chances of a rate hike.  nevertheless, the final announcement was nothing short of a big surprise.

Anagha Deodhar, Research Analysts at ICICI Securities said expected 25 bps hike in the upcoming policy as the MPC could have waited for clarity on certain key factors like the extent of MSP hikes and progress of monsoon.

But looks like RBI did what it felt was right.

But did you know that, RBI has hiked repo rate by 25 basis point for the first time in over 4 years. A similar hike was made in January 2014 policy taking the repo rate to 8%. That was under the UPA regime.

Currently, India's policy repo rate is back to where it stood in June 2017. This would be first hike in the Narendra Modi government’s four year reign. From January 2014 to till June 2017, India has seen a cut of 200 basis point in repo rate, followed by a hike of 25 bps in current policy.

RBI is a inflation trajectory following central bank and every decision in monetary policy is weighed on the basis the Consumer Price Index (CPIs) performance. This indicator had tied hands of RBI for past five monetary policy as a list factors continued to hamper the RBI’s target.

RBI on Wednesday, once again increased CPI inflation target to 4.8-4.9% in H1 and 4.7% in H2, including the HRA impact for central government employees, with risks tilted to the upside.

RBI highlighted CPI inflation excluding food and fuel rose sharply in April over March by 80 basis points to reach an ex-HRA level of 5.3%, suggesting a hardening of underlying inflationary pressures.

Furthermore, since the MPC’s meeting in early April, the price of Indian basket of crude surged from US$ 66 a barrel to US$ 74.

RBI said, “This, along with an increase in other global commodity prices and recent global financial market developments, has resulted in a firming up of input cost pressures, as also confirmed in the Reserve Bank’s IOS for manufacturing firms in Q2:2018-19.”

It added, “The resulting pick-up in the momentum of inflation excluding food, fuel and HRA has imparted persistence into higher CPI projections for 2018-19. On the other hand, food inflation has remained muted over the past few months and the usual seasonal pickup delayed, softening the projections in the short run.”

Zarin Daruwala, CEO, India, Standard Chartered Bank, said, “RBI delivered a balanced monetary policy highlighting strong domestic and global growth while acknowledging rising inflationary pressures. It retained the robust GDP forecast of 7.40% for 2018/19 and also hiked the repo rate to counter rising CPI. It is noteworthy that RBI has maintained its neutral stance so as to further support growth.”

V S Parthasarathy of Mahindra Group added, "As they say “It is either Day One or One Day – the choice is yours”!  The RBI was in a Catch-22 situation  in terms of managing a fine balance between emerging inflationary pressures and a nascent economic recovery. With the higher than expected rise in GDP in Q4 FY 2018,  the RBI has raised interest rates so as to “catch” inflation before it “catches” up.”

By hiking a repo rate RBI has taken a lot of risk. While it tries to ease down inflation, banks and consumers will face the brunt of this hike.

As the benchmark Marginal Cost based of lending rate (MCLR) is directly linked to Repo Rate - therefore any increase in repo rate will lead to increase in MCLR.

Such would in return lead to rise in interest rate for borrowers who have taken floating rate home loan, personal loan and business loan.

Banks are already struggling with higher stressed assets and provisioning which has impacted their credit growth and earnings for quite few fiscals now.

With the hike in Repo Rate, demand for credit facilities (loan) will decrease, due to higher interest rate.

Higher lending rate will support RBI and government to control inflation. Corporate will be able to get cheaper funds for business expansion. This will help in achieving the growth target.

Naresh Takkar, MD & Group CEO, ICRA Limited said, "Domestic bond yields have recorded a considerable hardening in the recent months, in line with global trends as well as a decline in the systemic liquidity surplus, and emergence of fiscal and inflationary risks. Moreover, back-ended monetary tightening in 2018 may push up bank lending rates. Accordingly, interest costs are likely to rise in the current fiscal, which would weigh upon margins as well as the strength of the investment recovery in FY2019.