With the code of conduct for the upcoming general election likely to kick in during the period between late February and early March, intense pressure is being mounted on the RBI. 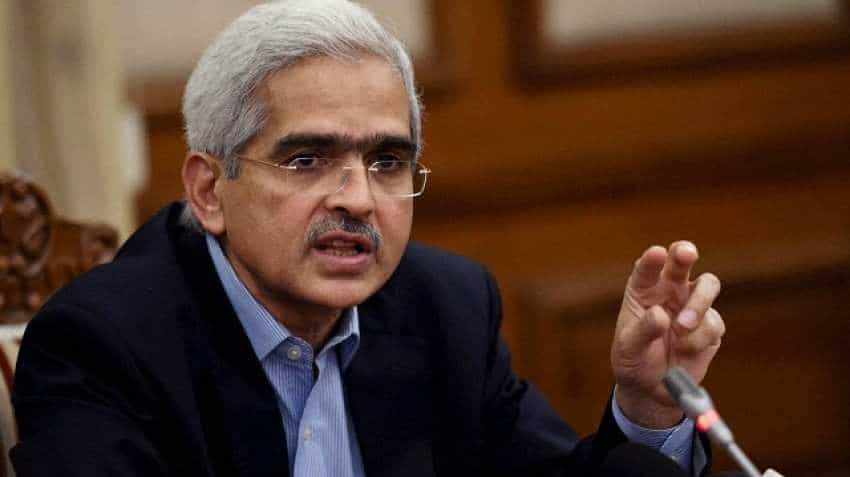 Intense pressure is being mounted on the RBI and its new Governor Shaktikanta Das to part with a portion of its profits to enable government spending on schemes that would, in turn, help garner voter support. Image source: PTI

With the code of conduct for the upcoming general election likely to kick in during the period between late February and early March, intense pressure is being mounted on the RBI and its new Governor Shaktikanta Das to part with a portion of its profits to enable government spending on schemes that would, in turn, help garner voter support.

According to sources here, the government`s demands on the Reserve Bank India come in the face of a balooning fiscal deficit and the need to boost the economy in an election year.

With GST collections this year regularly falling short of the monthly target of Rs 1 lakh crore, a Bank of America Merrill Lynch report last week said the Centre is likely breach the fiscal deficit target once again by 40 basis points for 2018-19, and raise the target for the next fiscal to 3.5 per cent.

The report also said the Centre may not opt for more borrowing to fund the deficit, which will be funded by drawing down on government balances with the RBI, which stood at around Rs 1.7 lakh crore as of March 2018.

While retaining a small portion of its profits as contingency fund, the central bank transfers the majority to the government every year, which is then accounted for as fiscal revenue.

With the interim budget due for presentation on February 1, the report also said the government will try to address rural distress through interest subvention and direct income transfer schemes to support consumption.

Confirmation that money is required urgently came from official sources in New Delhi who said that the Modi government has worked out a relief package for farmers including interest-free farm loans and premium-free crop insurance ahead of its interim budget.

The sources said the government is also considering cash handout to farmers through Direct Benefit Transfer (DBT) by subsuming the various subsidies given to the farmers on seeds, fertilizers, farm equipment and various schemes.

There can be no doubt about the pressure being applied on the RBI to disgorge from its reserves as central bank sources say if one considers the circumstances leading to the appointment last month of Das as the new Governor following the abrupt resignation of Urjit Patel, which itself is a rare phenomenon in the banking world.

Patel was immediately replaced by Das, a former Economic Affairs Secretary, who was the vocal face during demonetisation and seen as a `yes` man of the government.

The historic tensions in government-central bank relations were re-ignited in October last, while central to the dispute was the government`s demand that the RBI hand over its surplus reserves by making changes in the "economic capital framework".

While Das said earlier this month that no decision had been taken on an interim dividend payment, the RBI has formed an expert committee led by former RBI Governor Bimal Jalan on the economic capital framework to suggest the amount of reserves it needs to keep, handing over the balance to the government.

The committee is to file its report within 90 days from the date of its first meeting.

According to the central bank, its reserves require to be built up as buffers against the impact of shocks generated by interest and exchange rate movements.