In its fourth consecutive bi-monthly monetary policy rate cut made earlier this month, the RBI lowered the repo rate by an unprecedented 35 basis points to 5.4 per cent. 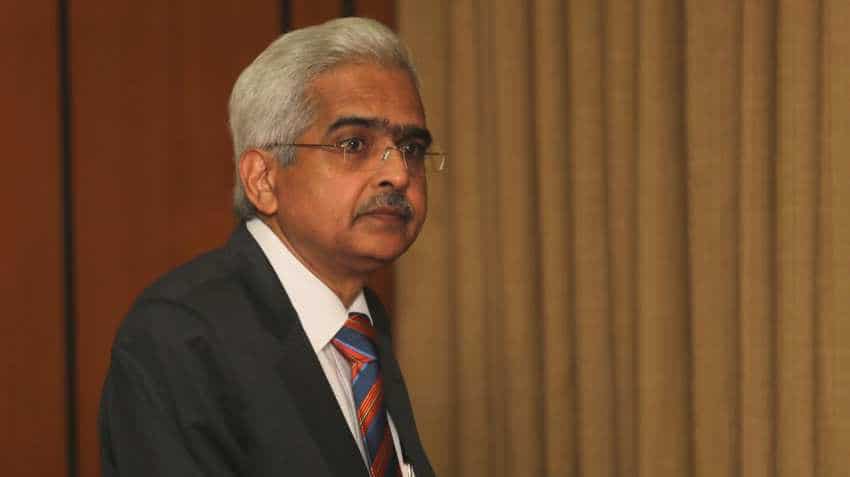 RBI Governor Shaktikanta Das said growth is the top priority at a time when the Indian banking system is facing many challenges, Photo: Reuters
Written By: IANS
RELATED NEWS

Indicating a softer approach on rate cuts, RBI Governor Shaktikanta Das on Monday said growth is the top priority at a time when the Indian banking system is facing many challenges. In his inaugural address at the Indian Banks` Association annual flagship conference, FIBAC 2019, here, the Reserve Bank of India (RBI) Governor also said the real test for public sector banks (PSBs) is their ability to tap the capital market to raise funds.

"Growth is the top priority today, but it is important to look at financial stability along with growth. Business community is dealing with real challenges in the economy. The MPC (monetary policy committee) finds growth to be the highest priority at this juncture", Das said.

In its fourth consecutive bi-monthly monetary policy rate cut made earlier this month, the RBI lowered the repo rate by an unprecedented 35 basis points to 5.4 per cent.

Das said he expected banks to move quicker on linking the lending rates with the RBI`s repo, or shor term lending rate for commercial banks, towards better transmission to support consumption and demand.

Underlining the need for a robust non-banking finance company (NBFC) system, the Governor said the RBI is exploring the regualtory changes needed for housing finance companies (HFCs) and has sent suggestions on PSB reforms to the government.

"We want to ensure a robust and stable NBFC system. The size of NBFC sector forms 25 per cent of combined financial services in India. The RBI is also analysing the regulatory changes needed for housing finance companies", he said.

"RBI stress tests indicate that NPAs (non-performing assets or bad loans) may decline by March 2020 and the central bank is keeping close watch on inter-connects between banks and NBFCs", he added.

He also said that although state-run banks` profitability has been lacklustre despite strong capitalisation, the banking system in India is resilient enough to withstand external economic shocks.

The Indian economy is in grip of a severe slowdown, while the domestic automobile sector is facing its worst crisis in 20 years.

TSociety of Indian Automobile Manufacturers (SIAM) reports that 300 dealerships have shut down in recent times. Sales of cars, tractors, two-wheelers have declined considerably. SIAM said about 10 lakh jobs have been hit in the auto component manufacturing industry.

The health of real estate, which is a massive indicator of the state of the Indian economy and has links with about 250 ancillary industries like bricks, cement, steel, furniture, electrical, paints, among others, is causing major concern. Due to demand slowdown both the sectors have seen huge build-up of inventories.

The fast-moving consumer goods (FMCG) companies have reported decline in volume growth in the April-June quarter. While the labour force survey, released by the government in July, showed a record high unemployment rate of 6.1 per cent for 2017-18, a recent RBI report does not present a brighter picture.

Amidst all the gloom, foreign portfolio investors (FPIs) continue to pull out from the equity market on account of a tax surcharge levied in the latest Budget.