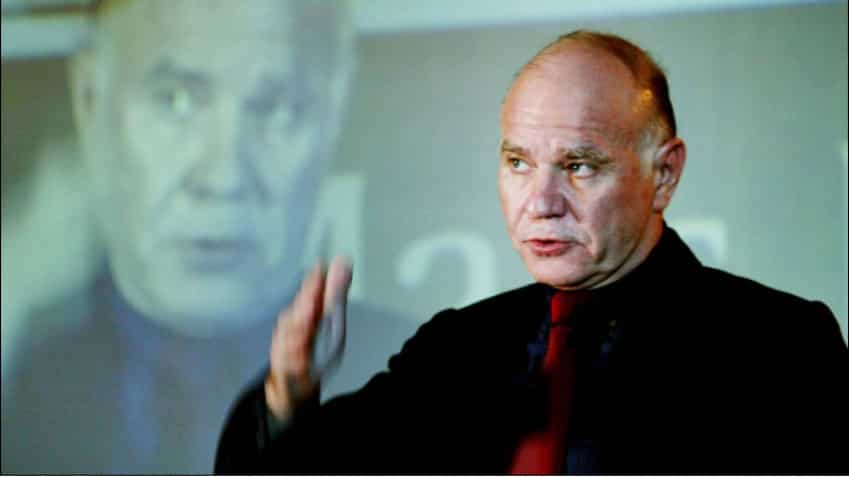 In the case of India, it has had a big rally, and a correction is overdue, says Marc Faber. Image source: Reuters
Written By: ZeeBiz WebTeam
RELATED NEWS

The Indian market may correct by 20-30 per cent, but it is attractive to stay invested in the country for long-term, said Marc Faber, editor & publisher of “The Gloom, Boom & Doom Report in an exclusive interview with Zee Business.

Faber also pointed out that India has the potential to become the second or third largest economy in the world. Edited excerpts:

Your thoughts on Indian budget and its impact on market?

Indian budget has been a mixed bag. I don't think stock market in India has fallen just on account of Budget. I think other factors are at play too.

What is your take on re-introduction of long-term capital gains (LTCG) tax in India?

Do you believe the correction in India will prolong?

Everybody says it's a correction, but it's a premature statement. We don't know yet. It may be a correction of 5 per cent, 10 per cent or even 20 per cent, but it could also be a beginning of something more serious that may pull down the market much more.

What is the probability of that?

In US, a bull market started essentially nine years ago in March 2009. We are up close to 4 times since then, and in the last two years we never had a correction of more than 5 per cent. After these conditions, it is not unlikely that the market will face some tough time. Market may decline by 40 per cent. I'm not saying it will happen. I say it could happen.

Do you suspect globally markets may lighten up a bit and lead to adversely impact India?

Indian markets have now the yields removed. I had said two years ago that Indian markets will outperform US markets over the next 10 years. Two years are gone. But it doesn't mean that US markets can't have a significant correction. In 1987, we have had a 40% correction, followed by recession, then market continued to go up until 2000. My sense is we had a nirvana condition for financial assets over the last 8-9 years. Bonds, stocks and practically every sector has rallied. Dollar was firm. All these conditions will change. It will be more challenging for investors.

In the case of India, it has had a big rally, and a correction is overdue.  But it's attractive to stay in India for long-term. India has the potential to become the second or third largest economy in the world, but at the same time, the benchmark may dip by 20-30 per cent but there will be shares that will move up.

If indeed market corrects by 20-30% in India, within EM basket, where will you place India?

A year ago, my top pick was Vietnam, but now it is also due a significant correction.

Your question is not easy to answer. Markets world over are being manipulated by central banks keeping interest rates low. In India, RBI's relatively tight monetary policy has resulted into rupee being strong and stable against dollar over the last two years. The RBI deserves some positive marks. I believe Indian economy may not be super healthy, but compared to others, it's a reasonably good bet to own.

I see a huge opportunity in real estate.