The decision was taken considering the majority of MPC, as four out of six MPC members were in favour of 25 bps cut in policy rate. 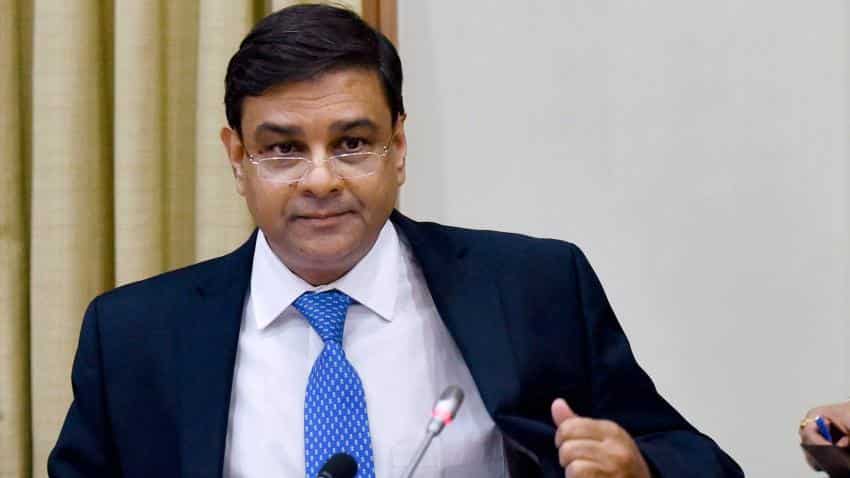 Reserve Bank of India (RBI) on Wednesday in its bi-monthly monetary policy decided to keep policy stance neutral but cut repo rate to 6% from 6.25% and slashed reverse repo rate to 5.75% from 6%.

"The decision of the MPC is consistent with a neutral stance of monetary policy in consonance with the objective of achieving the medium-term target for consumer price index (CPI) inflation of 4% within a band of +/- 2%, while supporting growth. The main considerations underlying the decision are set out in the statement below," RBI said.

The decision was taken considering the majority of MPC, as four out of six MPC members were in favour of 25 bps cut in policy rate.

On inflation, RBI said that "inflation trajectory to rise from current levels."

"In June, retail inflation measured by year-on-year changes in the CPI plunged to its lowest reading in the series based to 2011-12. This was mainly the outcome of large favourable base effects which are slated to dissipate and reverse from August. Although month-on-month increases in the price level have been picking up since April, they were weak in relation to the typical food-price driven summer uptick. The delay in indirect tax revisions and anecdotal evidence of clearance sales across commodities could have dampened the momentum," RBI said.

The second bi-monthly statement projected quarterly average headline inflation in the range of 2.0-3.5% in the first half of the year and 3.5-4.5% in the second half. The actual outcome for Q1 has tracked projections.

Looking ahead, as base effects fade, the evolving momentum of inflation would be determined by (a) the impact on the CPI of the implementation of house rent allowances (HRA) under the 7th central pay commission (CPC); (b) the impact of the price revisions withheld ahead of the GST; and (c) the disentangling of the structural and transitory factors shaping food inflation. The inflation trajectory has been updated taking into account all these factors and incorporates the first round impact of the implementation of the HRA award by the Centre.

The experts were expecting a 25 basis points cut this time.

Naresh Takkar, Managing Director and Group CEO, ICRA, had said, “With the CPI inflation easing below the 2% floor of the inflation target band in June 2017, a reasonably favorable progression of the monsoon and kharif sowing so far, and limited evidence of a knee-jerk rise in prices following the imposition of the goods and services tax (GST), there is a high likelihood that the MPC would vote to reduce the repo rate by 25 bps in their upcoming meeting.”

Takkar added, “The expected rise in the CPI inflation in H2 FY2018 is likely to contribute to a lack of consensus in this vote to cut the repo rate, and infuse caution in the tone of the policy document regarding the possibility of future rate cuts.”

The duo at Motilal said,"RBI’s June minutes do not provide sufficient confidence to us. As we pointed out in our last report, higher growth in minimum support prices (MSPs), along with farm loan waivers totaling more than Rs 1,000 billion, may prompt the RBI to wait for some more time."

State Bank of India said, “With core CPI now slipping to sub 4%, it will be interesting to see what are the MPC observations on this in the Aug 2 policy, irrespective of the MPC decision. Will the MPC again shift to a more pronounced shift on targeting headline CPI? Lets see. We however now believe that RBI will find it very difficult to provide a rationale for not cutting rates on 02 Aug’17!”

However, with the revision in house rent allowance (HRA) under 7th Pay Commission for the central government employees have been approved, as per ICRA this  is likely to push up housing inflation, its impact would be staggered over FY2018 and the first quarter of FY2019.

RBI in previous policy has been mentioning that HRA allowances will impact inflation by 100-150 basis points over a period of 12-18 months.