RBI monetary policy 2019: Ashu Madan said the RBI should go ahead with action and talked about its accommodative stand, which he added, should be visible in action. 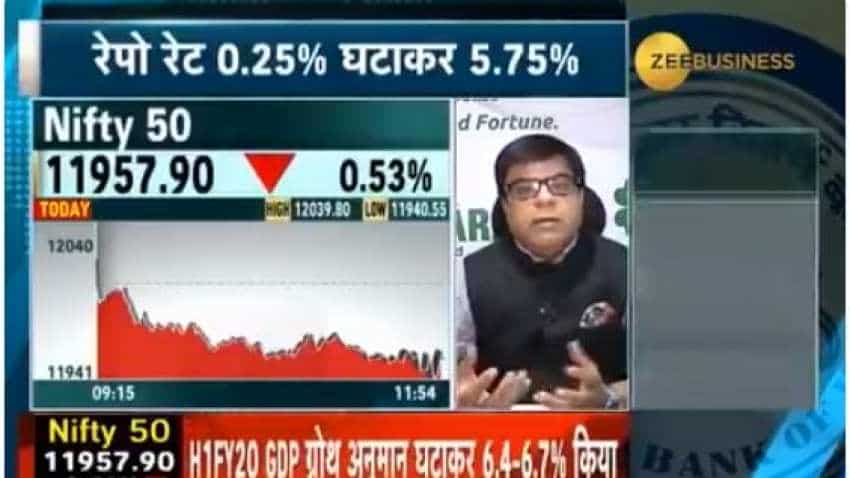 RBI monetary policy 2019: In its second bi-monthly Monetary Policy announcement for FY20, the Reserve Bank of India today cut the repo rate to 5.75 per cent and reverse repo rate to 5.50 per cent. The apex bank's decision to cut interest rates for the third time this year, the lowest level in nine years, is likely to encourage banks to transmit these to home, auto and other loan borrowers faster. Reacting over the policy announcement, Ashu Madan, President, Equity Broking, Religare Broking Ltd, told Anil Singhvi, Zee Business TV's Managing Editor, that it is a very positive announcement.

Ashu Madan said the RBI should go ahead with action and talked about its accommodative stand, which he added, should be visible in action. Talking about NBFC crisis, Madan said this very severe and it has to be dealt with a targetted approach, otherwise, it will show its impact somewhere or the other.

Notably, all the six members of the Monetary Policy Committee (MPC) voted unanimously for a rate cut and switching of its stance to "accommodative" from neutral. RBI Governor Shaktikanta Das later stated that the shift in the stance meant that an increase in interest rates is "off the table."