The net liquidity injection from the RBI as a result of this exercise will amount to Rs 1,48,051 crores is against an expectation of normal budgeted dividend of Rs 90,000 crores. 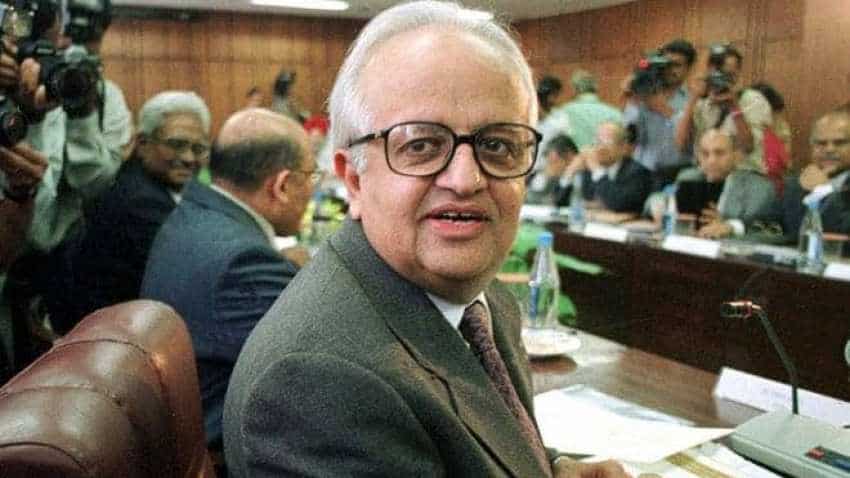 The Reserve Bank of India (RBI) board has accepted the recommendations of the Bimal Jalan committee and has decided to transfer Rs 1,76,051 crores to the Government. The break-up is Rs 1,23,414 crores as surplus for the year 2018-19 and another Rs 52,637 crores of excess provisions identified by the committee as per the revised Economic Capital Framework (ECF). Out of this total sum, an amount of Rs 28,000 crores has already been paid as an interim dividend and already been accounted for by the budget in the previous financial year. The difference in accounting is owing to the RBI not following the conventional financial year of April – March thus far.

1] The net liquidity injection from the RBI as a result of this exercise will amount to Rs 1,48,051 crores (Rs 1,76,051 crores minus Rs 28,000 crores already paid). This is against an expectation of normal budgeted dividend of Rs 90,000 crores (assumed RBI dividend component of the Rs 1,06,042 crores budget number). However, these will now probably shift to the January – March quarter and will be of a smaller amount than earlier assumed.

2] From a budget standpoint, the extra ‘windfall’ owing to the Jalan committee is Rs 58,000 crores. Given the expected revenue shortfalls in a slowing economy and especially vis-à-vis the aggressive assumptions in the budget, it would be prudent to keep this amount in order to meet the budget numbers more credibly. So far, any hope of meeting the budget targets rests on a similar expenditure compression as that undertaken last year including via moving some items of spending ‘below the line’. Any temptation to use this amount towards a ‘fiscal stimulus’ risks regenerating worries around the quality and effectiveness towards meeting the deficit targets.

3] As pointed out earlier, the new formula for distributing future dividends potentially imposes a constraint on the quantum of such distributions. The committee has recommended ‘realized equity’ to be 6.5 to 5.5 percent of the balance sheet. It has recommended taking this to lower bound and transferring the entire excess of Rs 52,637 crores so created. Further as per the suggested surplus distribution policy, only if realized equity is above its requirement will the entire net income be transferable to the Government. If it is below the lower bound of requirement, risk provisioning will be made to the extent necessary and only the residual net income (if any) transferred to the Government.

Within the range of contingent risk buffer (CRB), i.e., 6.5 to 5.5 percent of the balance sheet, the Central Board will decide on the level of risk provisioning. Given that provisioning is now at the lower bound, future dividend transfer decisions will have to account for increasing the size of realized equity in line with RBI’s growing balance sheet before such payouts can be made. This implies that such transfers are unlikely to match the substantial jump that has been recorded in the current year."

"Overall the identified ‘excess’ transferrable capital by the Jalan committee is only just above Rs 50,000 crores, far below the hopeful bounties being talked about. Not just that, future pay-outs are now formula-driven and subject to some constraints with respect to the maintenance of a minimum CRB. However, we believe, this disappointment is blunted owing to a much higher than expected normal dividend transfer for the current year which, if used judiciously, can be invaluable in making the budget math sound more credible. Overall though, the recommendations and their acceptance by the RBI lend credibility to India’s overall policy frameworks and institutions, especially given the history with respect to this particular debate around RBI capital.  From a market standpoint the net additional amounts involved here at just under 0.3 per cent of GDP do not really move the underlying narrative, which remains bullish for quality interest rates," concluded Suyash Choudhary of IDFC AMC.