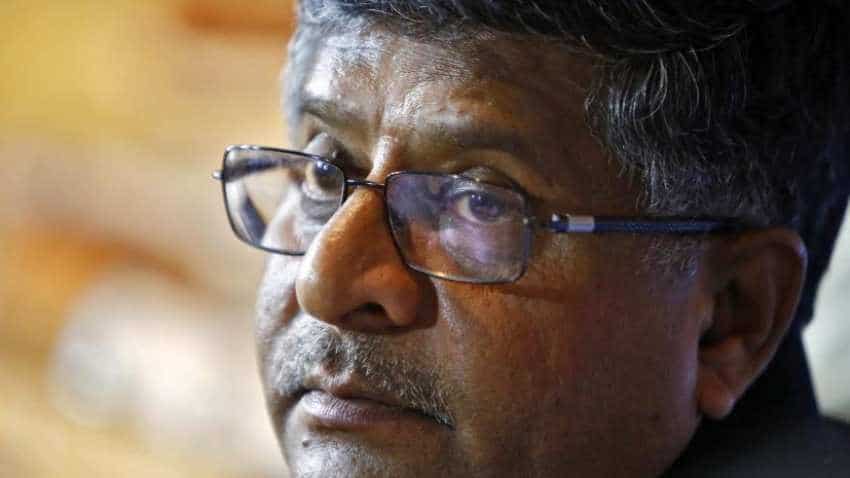 The cause of fire at BSNL buildings is being established by the Fire and Police departments, a statement said. Image source: Reuters
Written By: ZeeBiz WebTeam
Edited By: Prashant Singh
RELATED NEWS

Union Minister Ravi Shankar Prasad has ordered a high-level inquiry on two major fire incidents occurred at MTNL Bandra Telephone Exchange, Mumbai and BSNL building at Salt Lake, Kolkata, and one minor fire incident occurred in MTNL building at Kidwai Bhawan, New Delhi, on July 22, 2019, said a statement from the Ministry of Communications. These fire outbreaks were controlled by the Fire Departments. No casualties of employees or other persons in the building at the time of incident were reported.

The cause of fire is being established by the Fire and Police departments, it said. The minister also ordered that BSNL and MTNL should conduct fresh Fire and Safety audit of each of their buildings/installations in a time-bound manner.

MTNL Bandra Telephone Exchange building houses two telephone exchanges with working telephone lines of about 25,000, in addition to administrative offices. The fire broke out at around 3 pm on July 22 and was brought under control by 3 am on July 23, 2019. As reported by MTNL, the last fire audit of the building was conducted on July 12, 2018 and the building was found to be compliant. Land line services to about 25,000 customers and internet services of about 8000 customers are down, which are likely to be restored within next four days.

Fire incident at MTNL Kidwai Bhawan, New Delhi:
MTNL Kidwai Telephone Exchange building houses MTNL telephone exchanges and administrative offices of MTNL and BSNL. The fire broke out at around 4 am on July 22, 2019, and was brought under control by 7.45 am.  As reported by MTNL, the last fire audit of the building was conducted on May 27, 2019, and the building was found to be compliant. All telecom services from the premises are continuing unaffected after fire incident.

Fire incident in BSNL building at Salt Lake, Kolkata:
The fire broke out at 7 pm on July 22 and was brought under control by 1:20 am on July 23, 2019. All Mobile services linked to this installation (except for Andaman & Nicobar Islands and data services for West Bengal) were restored. Mobile services to Andaman & Nicobar Islands and data services in West Bengal are likely to be restored in the next twenty-four hours, the statement said.

Expert teams from BSNL and MTNL have been deployed round the clock to ensure complete restoration of network and services at the affected premises, it said.