Rate Cut or No; RBI may lower India's growth forecast for FY18

RBI has kept forecast for GVA growth unchanged at 7.3% in August 2017 policy compared to June policy. Analysts expect the forecast for this indicator to be lowered for coming quarters of FY18. 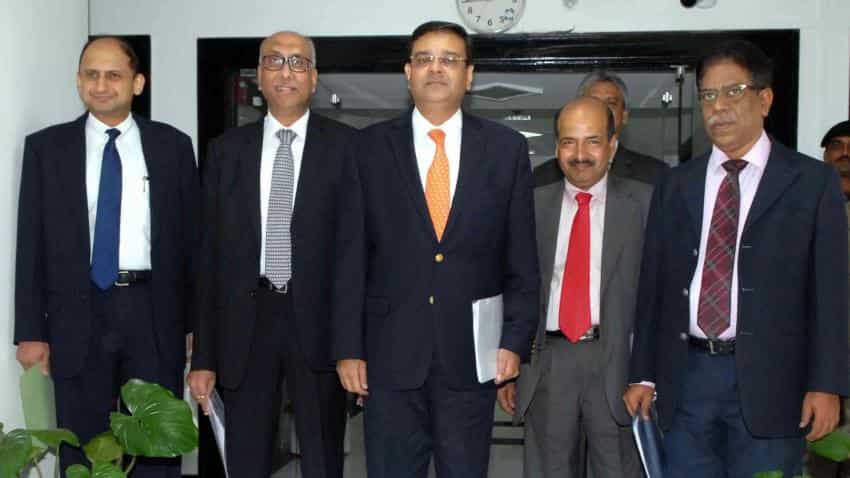 Whether the Reserve Bank of India (RBI) chooses to keep a 'status quo' or not in the October bi-monthly monetary policy, analysts are expecting a reduction in the forecast of GVA growth for FY18.

RBI while making a 25 basis points cut in repo rate to 6% during August 2017 policy, retained the projection of the real GVA growth for FY18 at 7.3% with risks evenly balanced.

However, tables turned when India's economy in first quarter of FY18 grew at slowest pace in five years. Q1FY18 GDP touched a three-year low of 5.7% - a marked decline from 7.9% growth in the corresponding quarter of the previous year.

Interestingly, both the nominal and real GVA saw deceleration in Q1 compared to Q4FY17. Nominal GVA slowed down to 7.9% - lower from 11.3% in last quarter. Similarly, the GVA deflator which was evident in Q4FY17, has now declined from 5.4% to 2.2% due to negative deflator in agriculture (-2.0%).

The decline of GVA could be due to the factors like lingering impact of demonetization and destocking activities undertaken ahead of GST implementation.”

However, since then many analysts have trim down their GDP forecast for FY18 and subsequently the GVA too.

Sutapa Biswas, Research Analyst, Stewart Mackertich said, "We believe GST will continue to weigh on the Q2 FY2017-18, GDP as seen from the July PMI number, which fell sharply. However, we expect this adjustment to be short-lived and production should normalise within the next 2-3 months."

Crisil has also trimmed its FY18 growth forecast for India by 40 basis points to 7% from 7.4% earlier.

IDFC Bank said, "The lower growth numbers make the RBI task more complicated, as it is likely to be associated with higher inflation prints from now on. We do not think the Q1 growth print alone would trigger any rate reduction from the RBI in its October policy as it has probably already been factored into the 25 bps cut in August."

In ICRA's view, the monetary policy committe would leave the repo rate unchanged, however the baseline forecast for GVA growth for FY2018 is likely to be revised lower from the 7.3% estimated in the June 2017 and August 2017 policies.

Naresh Takkar, Managing Director and Group CEO, ICRA said, “While an interest rate cut would be welcomed by corporates, it is unlikely to be sufficient to meaningfully rekindle investment activity."

Takkar added, "Extra budgetary resources raised through tax-free bonds by Central PSUs, could boost investment in high-multiplier sectors such as roads, railways, metro rail and affordable housing, without affecting the Government of India’s fiscal deficit. Moreover, targeted policy intervention to address procedural concerns such as those being highlighted by exporters, may be more effective than a 25 bps rate cut.”

Index for Industrial Production (IIP) rose to 1.2% year-on-year (YoY) in July 2017,in line with market consensus and following an upwardly revised 0.2% drop in the previous month.

Industrial growth is expected to slow to a modest 3.9% by ICRA ahead from healthy 7.4% in the year-ago period, led by manufacturing, electricity, gas, water supply and other utility services and construction.

Also, the agency expects the services sector growth to ease to 8.2% in the period from 9% in Q1 FY17, led by the weak trend in earnings, displayed by two of the key sub-sectors, namely banks and telecom, as well as the sluggish momentum recorded by non-food bank credit, commercial paper.

SBI also expects a status quo from RBI considering the above issues.