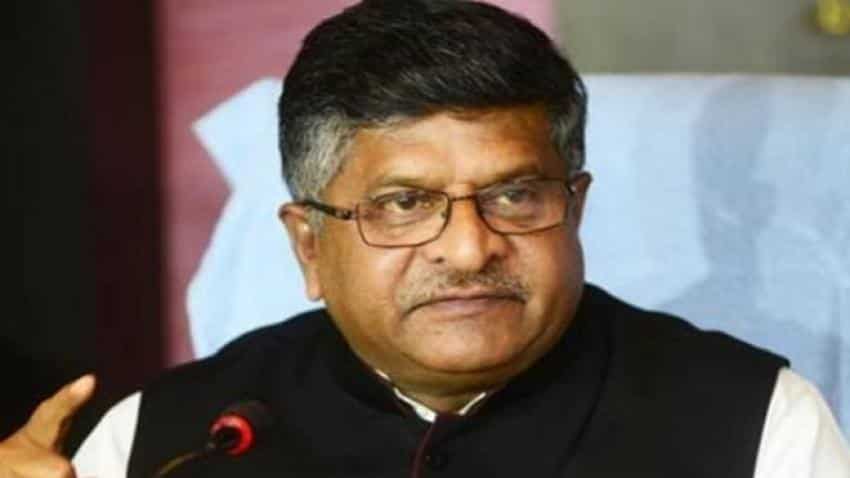 Slamming Congress president Rahul Gandhi for his speech at the Congress plenary, Union minister Ravi Shankar Prasad today said "rampant lies" have become the "hallmark" of the new Congress president. Gandhi, who became party president in December, said yesterday that the BJP, like the Kauravas, fought for power, while his party, on the lines of the Pandavas, battled for truth. He also accused Prime Minister Narendra Modi of symbolising crony capitalism and called BJP president Amit Shah a "murder accused".

"Rampant lies, falsehood, and shameful parading of lies have become the hallmark of the new Congress president Mr Rahul Gandhi. We thought after becoming president, he will be a little modest," Prasad told reporters outside Parliament. The senior BJP leader and law and justice minister also questioned Gandhi's "arrogance" after getting a "zero in Nagaland and Tripura assembly polls and losing deposit in Phulpur and Gorakhpur".

"In the last 10 years of the UPA government, so many landmines were left behind by the previous government. They keep on blasting and they are now asking us questions" he said in a reference to corruption scams. The volley of criticism following Gandhi's speech began yesterday with Defence Minister Nirmala Sitharaman saying that the party which questioned the "fundamental existence" of Lord Ram wanted to now identify itself with the Pandavas. Sitharaman had said it was astonishing that the Congress president chose to make allegations against the BJP chief even though he has been cleared by a court.