Rakesh Jhunjhunwala has bought into this pharma stock; You should buy it too, experts say

Jhunjhunwala himself sees a potential in Jubilant, which is why, he in fact bought more shares between October to December 2018 period. 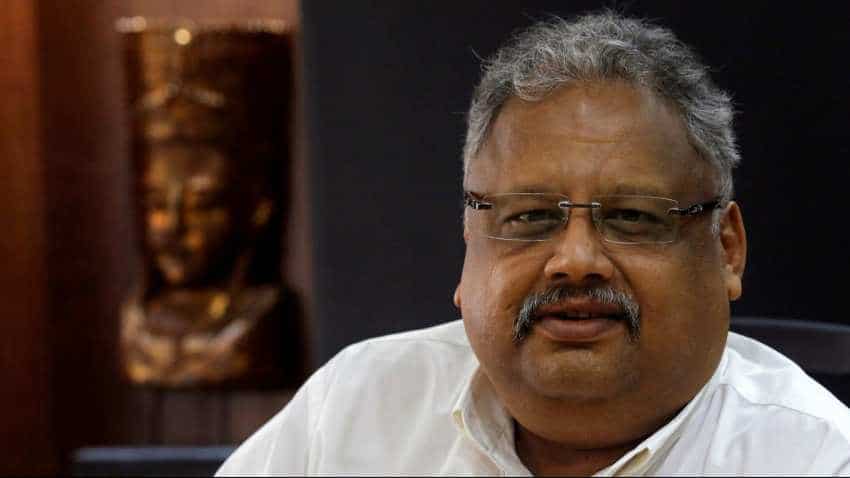 There was barely any movement in the share price of Jubilant Life Science, as the company was trading subdued at Rs 846 per piece on Sensex at around 1148 hours, compared to previous trading session. Interestingly, this pharma stock is now pitched as among good bets in Indian market, as the company is seen to touch Rs 865-mark soon. If Jubilant is set to make gains, then big bull Rakesh Jhunjhunwala will among major investors to get further rich, as he holds quite a portion in this company. Notably, Jhunjhunwala himself sees a potential in Jubilant, which is why, he in fact bought more shares between October to December 2018 period.

Bharat Celly analysts at Equirus said, “Jubilant Life Sciences (Jubilant), a pharma and life sciences company, has seen multiple tailwinds over last two years, leading to a 14% revenue CAGR over FY16-FY18. Revenues were led by (a) price and market share gains in the US base portfolio on portfolio rationalization by peer generic players, (b) strategic initiatives (like price hike) in the radio-pharma business and acquisition of Triad isotopes, and (c) price increase in Life Science chemicals led by environment-related clamp-downs in China.”

However, Celly adds, “We expect the Life Sciences Ingredient (LSI) business (44% of revenues) to see healthy growth on the back of (a) new facility of Acetic Anhydride set to operationalize from fag end of 4Q, (b) a turnaround in Vitamin B3 prices and demand, which has seen a slowdown in the recent past and c) Better contract in ethanol biz.”

Not only this, Jubilant also has  a strong order book of ~US$ 700mn (as communicated by company in 4QFY18) to be executed over the next five years. To scale up production levels, the company has increased work shifts in one line at Spokane facility to 7 days from 5 days a week; additionally, it is putting up a new Lyo line which would be operational from 2HFY20E.

Considering the above, Celly explained that, expect revenue growth to moderate to 8% over FY19-FY20 with (a) Jubilant having reached a high base, (b) a likely gradual ramp-up in Ruby-Fill, and (c) impact on generics by potential Roorkee warning letter.

The company also revealed that, USFDA may withhold approval of any new applications or supplements till the company addresses all issues raised by the agency.

However, Jubilant said, “We believe that the existing manufacturing and sale of products from this facility will not be impacted. US revenues from the facility is about 4% of the total revenues of the company.”

In Celly’s view, “We believe pending USFDA issues, all ANDAs will be withheld by the authority. In the past, warning letter resolution has taken an average 18-24 months; we thus expect new approvals to start coming from early-FY21E. Also, as rationalization of big pharma generic companies is nearing completion, we see growth from existing products also slowing down.”

“As current valuations mostly factor in the slowdown and Roorkee issues, we initiate coverage on the stock with ADD and a Mar’20 TP of Rs 865 at 13x P/E,” added Celly.

Coming back to Jhunjhunwala, he increased his holding in Jubilant during Q3FY19, by 0.31%. Now he has about 1.88% with 3,000,000 equity shares aggregating up to Rs 230.3 crore. Hence, when Jubilant will touch the Rs 865-mark, couple crores will be seen adding in Jhunjhunwala’s kitty.