Rakesh Jhunjhunwala says can give it in writing, Modi govt coming back in 2019

Rakesh Jhunjhunwala has been bearish on public sector banks but he now advises investing in PSU banks with a 5-year perspective. He also suggested keeping a close watch on Tata Steel and Tata Communications shares from the Tata stable. 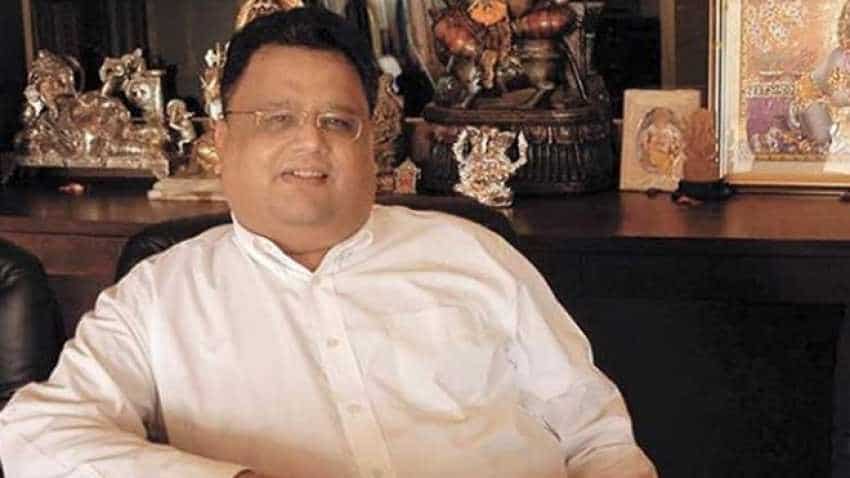 Ace investor Rakesh Jhunjhunwala may dislike predicting the outcome of elections, but no discussion with him can be over without asking him to speak on general elections 2019 outcome. In a latest TV interview, the market guru predicted that Prime Minister Narendra Modi will come back to power once again in 2019.

"I would very much like Mr Modi to come back and see what is the agenda of the opposition? Unless there is some real disillusionment with the Modi government and this is going to be fought on personalities. India will go on," Jhunjhunwala said in an interview to ET Now adding, he can give it in writing that the BJP government will come back to power in 2019.

However, he disliked the fact that everyone is fixated with election results and are seeking predictions.

"I personally feel we are far more bearish about the BJP prospects than reality. It is very difficult to predict. When the BJP lost in India Shining, the Sensex came to 4,500 and it was 25,000 within that four years. Then when Congress won 209 seats, the Nifty went up 40% in two days and after that it never went up. India is greater than individuals."

As far as the share market is concerned, Rakesh Jhunjhunwala sees tailwinds in the banking stocks, and is bullish on pharma sector.

"There are very big tailwinds for banks. Tailwind in the sense that there is going to be credit growth. You cannot create these banks and this problem of bad assets will now peak by March 19. The market is slowly recognising that," Rakesh Jhunjhunwala said.

Rakesh Jhunjhunwala has been bearish on public sector banks but he now advises investing in PSU banks with a 5-year perspective.

Jhunjhunwala also said Tatas are his role model in life. "The persons who established the House of Tatas, Sir Jamsetji Tata and Ratan Tata gave all their wealth to charity. "Do you know that at Tata Cancer Hospital in Mumbai, every child who comes to them is examined by them. If they feel they can cure it, they give free treatment. The Indian Cancer Society gives medicines. Now they are setting up cancer hospital in every district headquarters in India," he said in the interview.

The market guru suggested keeping a close watch on Tata Steel and Tata Communications shares from the Tata stable.