Rakesh Jhunjhunwala portfolio: Seven stocks that surged over 50% in FY18 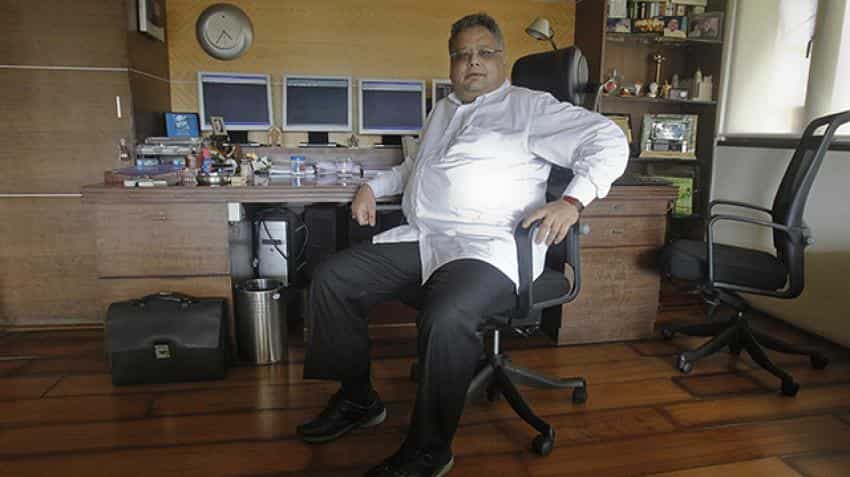 Rakesh Jhunjhunwala is known for his value investing and long-term approach to the stock market. Image source: Reuters

Rakesh Jhunjhunwala portfolio: It's time to look into ace investor Rakesh Jhunjhunwala's portfolio as financial year 2018 draws to an end. As many as 21 out of 31 stocks in his portfolio, where he owns over 1 per cent stake, ended in green in FY18. Of those, seven stocks rallied over 50 per cent, while two stocks turned multibaggers i.e. gained over 100 per cent.

An investor with a Midas touch, Rakesh Jhunjhunwala is known for his value investing and long-term approach to the stock market. His fame is such that investors often lap up the companies whose shares he picks. And he is an aggressive investor, willing to take on leverage (debt) to fund his purchases.

Rakesh Jhunjhunwala is often called the Warren Buffett of India. However, Buffett stays away from debt-heavy companies. He believes leverage can be lethal to businesses.

"Companies with large debts often assume that these obligations can be refinanced as they mature. That assumption is usually valid. Occasionally though, either because of company-specific problems or a worldwide shortage of credit, maturities must actually be met by payment. For that, only cash will do the job. Borrowers then learn that credit is like oxygen. When either is abundant, its presence goes unnoticed. When either is missing, that’s all that is noticed Even a short absence of credit can bring a company to its knees. In September 2008, in fact, its overnight disappearance in many sectors of the economy came dangerously close to bringing our entire country to its knees,” Buffett cautioned in one of his annual letters to shareholders.

However, as far as Jhunjhunwala is concerned, his strategy is working for him and changing it now would not make sense.