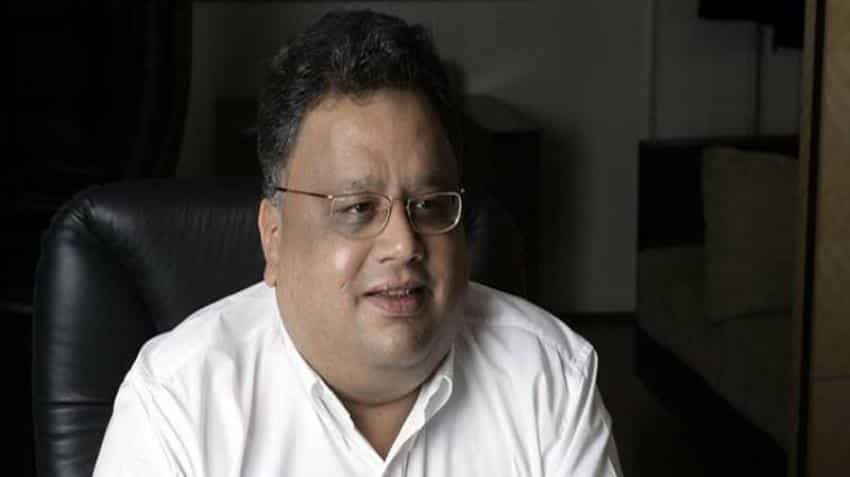 Rakesh Jhunjhunwala cut his holdings in the stock below 1 per cent. Image source: PTI
Written By: ZeeBiz WebTeam
RELATED NEWS

Rakesh Jhunjhunwala is indeed a wise investor. However, worryingly, one stock that graced his portfolio for so long has just been included in BSE and NSE's additional surveillance measures (ASM) list, suggesting all is not going well with the company.

However, the ace investor that he is, Jhunjhunwala cut his holdings in the stock below 1 per cent or nil by the December quarter of financial year 2017-18.

The Big Bull reduced his stake in the firm from 13.46 per cent in the June quarter to 8.42 per cent in the September quarter. He further reduced his positions in the stock with it finding no mention in his portfolio in the December and March quarter. This means he either sold all stakes in the company or reduced it below 1 per cent.

Notably, exchanges name only those shareholers in the shareholding report who own over 1 per cent stake in the firm.

The stock is a hotel company. Any guesses?

Yes, it is none other than Viceroy Hotels. The stock of the company dipped a whopping 53 per cent so far in 2018. It has shed over 86 per cent in the last ten years, while Sensex grew 135 per cent.

The stock was frozen in its upper circuit of 5 per cent in Monday's trade. It quoted at Rs 8.41 on the BSE.

Founded in 1965, by Sri Prabhakar Reddy and His Associates. Viceroy Hotels took up 150 Room 3 Star Hotel Project and commenced its commercial operations in 1993.

During 2003, Viceroy Hotels Limited entered into an agreement with Marriott International Inc, USA. for franchise, marketing and operations under the brand of "Marriott" for a period of 20 years.

The Company presently owns Fine Dine Restaurants and Bars in Hyderabad and Vijayawada.

Menahwile, total value of Rakesh Jhunjhun portfolio came in around Rs 19,960 crore as of June 2, according to a report on Money Excel. Jhunjhunwala keeps his major holdings in Titan, Lupin and CRISIL, respectively.