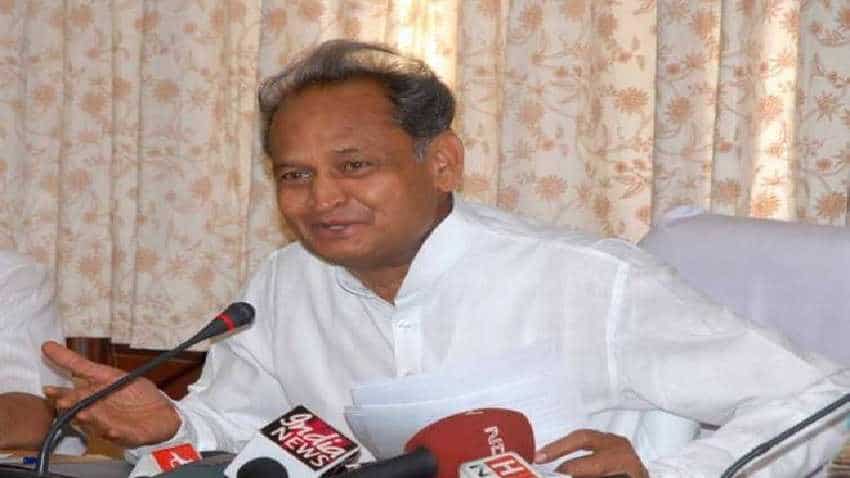 We will work hard day and night to make Rajasthan prosperous," Gehlot said in the Assembly. PTI

The Rajasthan government Wednesday presented the vote-on-account of over Rs 86,906 crore for the first four months, which was passed by a voice vote.

The government also presented budget estimates for 2019-20 with a total expenditure of Rs 2,31,654 crore.

Presenting the vote-on-account, Chief Minister Ashok Gehlot, who also holds the finance portfolio, said it is not possible to discuss budget proposals and get an annual budget passed in the Assembly before March 31 due to upcoming Lok Sabha elections.

He said that the vote-on-account was presented for approval in the assembly for expenditure on election, drinking water, relief from natural disaster and cooperatives.

We will work hard day and night to make Rajasthan prosperous," Gehlot said in the Assembly.

Gehlot highlighted various decisions taken by the government after coming into power.

He talked about waiver of all outstanding cooperative short term crop loan of all farmers under all categories, providing bonus of Rs 2 per litre to all milk producers who supply milk to cooperative dairy federations, hike in old age pension, providing wheat and rice at Rs 1 and 2 per kg to BPL and Antyodaya families, unemployment allowance of Rs 3,500 per month for eligible females and specially abled youth and Rs 3,000 per month for eligible male.