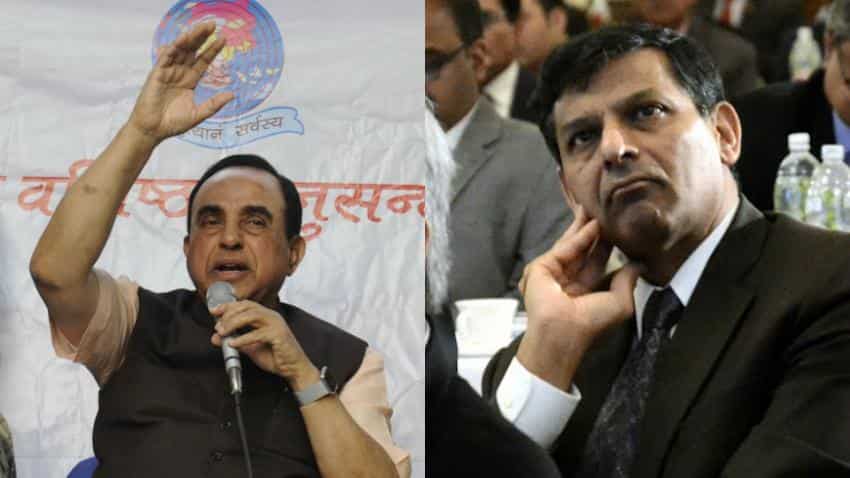 On May 26, Swamy had levelled six allegations against Rajan. Photo: IANS
Written By: PTI
RELATED NEWS

Firing yet another salvo at RBI Governor Raghuram Rajan, BJP MP Subramanian Swamy on Thursday alleged that the former IMF chief economist had planted "a time bomb" in the Indian financial system that will explode in December.

He did not specify further. The 'f.e' in the tweet apparently refers to foreign exchange. There was no immediate response to the query sent to RBI spokesperson Alpana Killawala in this regard.

On May 26, Swamy had levelled six allegations against Rajan, including that of sending confidential and sensitive financial information around the world, and asked the Prime Minister to sack him immediately.

Prior to that, Swamy had claimed that Rajan was "mentally not fully Indian" and alleged that he has "wilfully" wrecked the economy.

On Swamy's earlier comment, Rajan on Wednesday said, "There are certain allegations which are fundamentally wrong and baseless and addressing them would amount to giving them legitimacy."

He further said: "I think when you think about Indianness, when you think about love for your country, it's a very complicated thing. For every person, there is a different way that you show respect for your country... my mother-in-law will say karmayogi is the way to go -- do your work." The Governor clarified that he "welcomes genuine criticism of our policy, but will not address ad hominem attacks" or allegations against him as an individual instead of the policies and the position he holds.