In view of improving performance of public sector banks, former RBI Governor Raghuram Rajan and former Deputy Governor Viral Acharya, in a study paper have suggested slew of measures including disbanding of Department of Financial Services in Ministry of Finance. 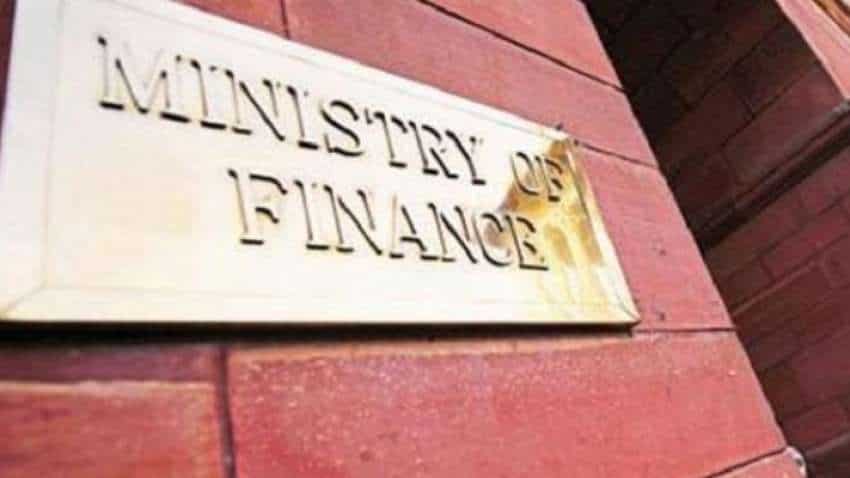 According to the study paper, winding down DFS is important to grant bank boards and management independence and prevent misuse of banks for political gains. Photo: PTI
Written By: Monika Yadav
Edited By: Harish Dugh
RELATED NEWS

In view of improving performance of public sector banks, former RBI Governor Raghuram Rajan and former Deputy Governor Viral Acharya, in a study paper have suggested slew of measures including disbanding of Department of Financial Services in Ministry of Finance which  oversees the functioning of banking sector, insurance sector and the pension sector in India. However, Finance Ministry's top official has denied any such proposal being considered within the government. According to the study paper, winding down DFS is important to grant bank boards and management independence and prevent misuse of banks for political gains. The study paper has come at a time when the  fear of burgeoning non-performing assets looms large over the banking sector in wake of slowing GDP growth and corona virus outbreak.

"No such proposal is being considered within the government. DFS plays an important role in overseeing PSBs and implementing various social security schemes through PSBs. Government being a promoter of these banks needs to look after smooth functioning of these banks," another top finance ministry official told Zee Business.

Meanwhile, Subhash Chandra Garg, former Economic Affairs Secretary, has more than agreed with the suggestions of Rajan and Acharya and argued that DFS should be wound up. According to him, the government's  stake should be transferred to sovereign asset management company for better management of public sector banks.

"I have consistently argued that DFS and also the DIPAM need to be wound up. If the Government stakes are transferred to Sovereign Asset Management company, you don’t need either DIPAM or DFS. The asset management company must be managed by professionals," he told Zee Business exclusively.

"The administrative control of the Ministries and Departments over the public sector entities, including the Department of Financial Services, would need to be ended. All the listed companies and even the unlisted ones like LIC today are not monopolies in their space. These CPSEs compete with the private sector. There is no social or public purpose being serviced by these companies when managed by the concerned administrative Ministries. These companies need to be managed as efficient business entities. The SWF would ensure that the management of these companies is truly professional," Garg had argued in his blog recently.

Another former finance ministry official who didn't wish to be quoted is in agreement with the paper's suggestion. According to him, government being a promoter in the banks as well as policymaker leads to inefficiency in the financial space. It doesn't provide level playing field to the public sector banks. Rather than pushing policy implementation effectively, it rather becomes a principal-agent issue. For supervision and regulation of banks, RBI is there and there is apparently no need for DFS.

However, ex-banker Ram S Sangapure, who retired as the Executive Director of Punjab National Bank, has a different point of view. According to him, government being the promoter of these banks, needs to make sure that these public sector banks function properly. DFS has an administrative role and in that sense it plays a crucial role in overseeing these banks. Furthermore, DFS has a huge role in implementing social security schemes through PSBs. Winding up of DFS is not tenable for the overall growth of financial sector in India.

"Improvement in management practices is what is required rather than the ownership to improve the performance of banks. Winding up of DFS is not a solution and this is not implementable. Being the promoter of PSBs, the government has to be on the board to supervise their functioning. Power has to be delegated to the boards of these banks. As long as government ownership is there, DFS can't be abandoned. "