Thunderstorms and rain lashed parts of the national capital on Wednesday, bringing respite from the stifling heat. 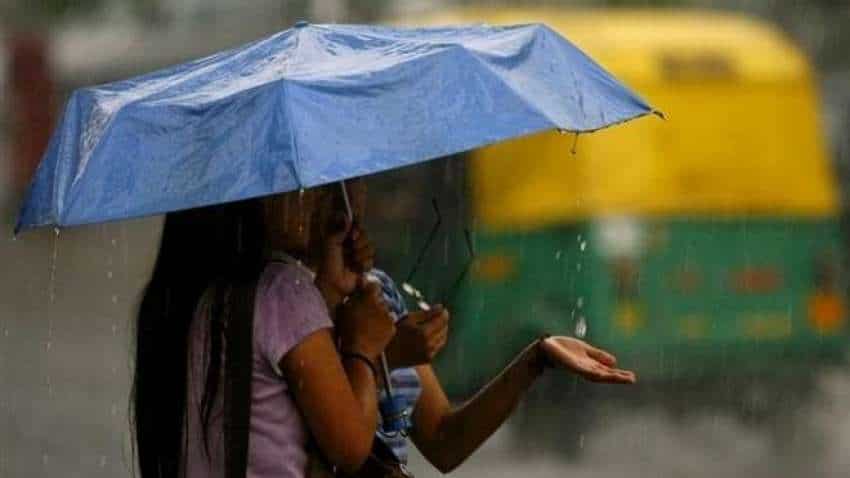 No heatwave is expected in the capital till June 15, the India Meteorological Department official said. Photo: Reuters
Written By: PTI
RELATED NEWS

Thunderstorms and rain lashed parts of the national capital on Wednesday, bringing respite from the stifling heat. The rain occurred under the influence of a cyclonic circulation over north Rajasthan, and a trough running from north Pakistan to a low-pressure area over the Bay of Bengal, the India Meteorological Department said.

Light rains and thunderstorms were witnessed in parts of Delhi with winds gusting up to 50 kilometres per hour, said Kuldeep Srivastava, the head of the regional forecasting centre of the India Meteorological Department.

The mercury is expected to reduce in the next few days as moisture-laden easterly winds due to the low-pressure area in the Bay of Bengal will bring showers in Delhi-NCR on June 12 and June 13, he said.

No heatwave is expected in the capital till June 15, the IMD official said.

The Safdarjung Observatory, which provides representative figures for the city, recorded a maximum temperature of 41.5 degrees Celsius, two notches above the normal, before the rains. On Sunday, it recorded a high of 34.8 degrees Celsius, which was five notches below normal.

The weather stations at Palam and Ayanagar recorded their maximum temperatures at 43.6 degrees Celsius and 42.2 degrees Celsius respectively. Humidity levels oscillated between?43 and 74 per cent.

The weatherman has predicted light rains and thundershowers with winds gusting up to?40 kilometres per hour for Thursday evening. The maximum and minimum temperatures are expected to settle at 40 degrees Celsius and 26 degrees Celsius respectively.