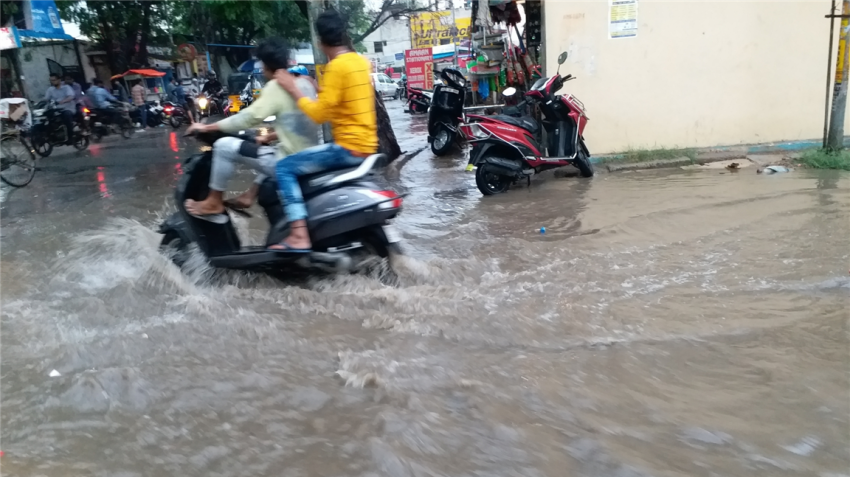 Monsoon investment tips: These two stocks may make you rich this season

Even as much awaited monsoon rains are unlikely for at least another three days in Delhi-NCR, incessant rains have hampered trains services in Assam`s Barak Valley and Tripura today. Heavy rains affected the railway tracks in the Lumding-Badarpur hill section of the Northeast Frontier Railway (NFR), an official told IANS, adding that tracks between the Jatinga Lumpur and the New Harangajao stations have been affected forcing authorities to cancel or short terminate four trains connecting the region.

NFR Chief Public Relations Officer PJ Sharma is quoted as saying, "Problems in the railway tracks occurred at about 9.30 a.m. on Friday making it unsuitable for train movement. The repairing work has already started and it will take more than eight hours to complete the restoration work. As a result, some trains were either cancelled or short terminated."

Giving the train details, Sharma reportedly said that the 13173 up Sealdah-Agartala Kanchanjunjha Express which arrived at the Lumding station at 9.25 am has been short terminated and will remain cancelled between Lumding and Agartala.

According to him, 13176 Silchar-Sealdah Kanchanjunga Express scheduled to leave Silchar today will remain cancelled. The 55615 Guwahati-Silchar passenger which left from Guwahati on July 11 and arrived in New Haflong July 12 has been short terminated and will remain cancelled. Similarly, 55616 Silchar-Guwahati passenger train, which arrived Chandranathpur station today morning, has been short terminated and will return back to Silchar.

However, despite having cloud cover over Delhi-NCR, monsoon rains are unlikely for at least another three days, and the dry spell is likely to continue without any significant precipitation in the region, the India Meteorological Department (IMD) said.

As per an IMD bulletin released today, the northern limit of the monsoon continues to pass through Barmer, Jodhpur and Churu in Rajasthan and Ludhiana and Kapurthala in Punjab. A low pressure area was also persisting over northeast Uttar Pradesh and adjoining Bihar with the associated cyclonic circulation extending up to 7.6 km above mean sea level.

Monsoon investment tips: These two stocks may make you rich this season