Railways will invest $140 billion in infrastructure in 5 years: Suresh Prabhu

Indian Railways is keen to form joint-venture with states to expedite implementation of projects. 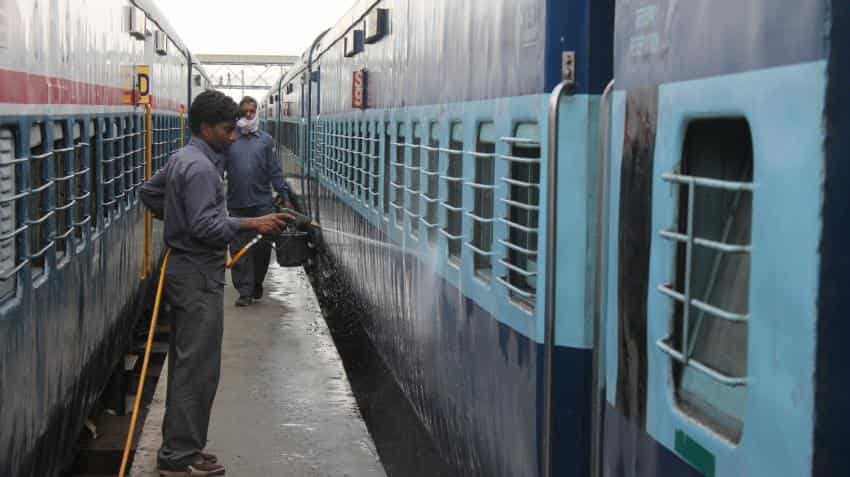 Prabhu said the country needs to invest 10-11% of GDP in infrastructure in order to give a fillip to economic growth. Photo: IANS
Written By: IANS
RELATED NEWS

Indian Railways will invest $140 billion over the next five years in infrastructure and improving the mobility of its services, Railway Minister Suresh Prabhu said here on Thursday.

"Indian Railways will invest $140 billion in the next five years. We have invested Rs 94,000 crore and additionally we have decided to issue contract of Rs 40,000 crore for locomotives," Prabhu said at an event organised by MCC Chamber of Commerce and Industry.

He said the country needs to invest 10-11% of GDP in infrastructure in order to give a fillip to economic growth.

The minister said the Indian Railways was working on a "mobility directory" to bring in all the elements of infrastructure to increase the average speed of travel.

"We have finalised high speed railways project with an estimated cost of Rs one lakh crore and are in a process to bring semi high speed trains. Three dedicated freight corridors will also be developed," Prabhu said.

The Railway Ministry was also concerned about increasing non-fare revenue.

"Worldwide, 30% of railways` revenue comes from non-fare segment while in India two-thirds comes from freight and one-third from passenger fare. We have established a directorate to increase non-fare revenue and also improve the finances of the Indian Railways," he said.

Indian Railways is keen to form joint-venture with states to expedite implementation of projects.

"We are creating joint venture companies. These joint ventures will act as corporate entity and will work independently to implement projects of their own. Sixteen states have agreed to work with us," he said.

"I am requesting the state governments to join hands with the Railways in developing and re-developing the stations," Prabhu said. Railway Board Chairman A.K. Mital said Indian Railways augmented capital outlay to Rs 49,943 crore in 2016-17 budget to lay new lines and for gauge conversion.