Railways treat for Mumbai heritage lovers; see what you will get soon 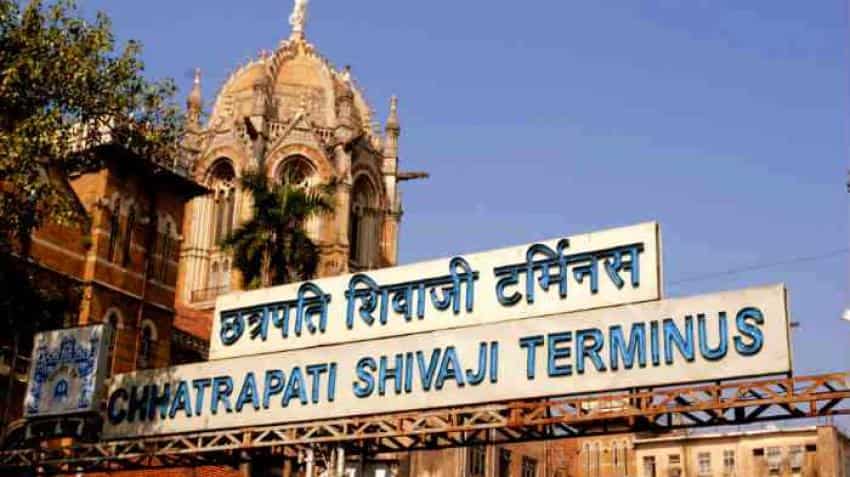 A heritage gully has been planned at Chhatrapati Shivaji Maharaj Terminus (CSMT) for all the heritage lovers. Image source: Inhouse
Written By: ZeeBiz WebTeam
RELATED NEWS

A heritage gully has been planned at Chhatrapati Shivaji Maharaj Terminus (CSMT) for all the heritage lovers. The work of collecting heritage items has begun. These will be kept at the station’s premises for display. The work for this too has begun at the entrance of platform number 18 on the P D’mello Road-end. This is the entrance for passengers wanting to take long-distance trains. The heritage items will include things like a crane, Sir Leslie Wilson locomotive, warning bell of 1907, concrete mixer, sleeper ramps, teak wood chair, cash safe, rainfall recorder of 1893. All of these items date back to the British era when the Great Indian Peninsula Railway (GIPR) was functioning.

“This lane shall be called Heritage Gully. We will keep those artifacts on display which are otherwise lying at various stations,” said SK Jain, Divisional Railway Manager (Mumbai), Central Railway (CR).

Previously there was a plan to create a selfie point with the first crane which has been installed in the center. The crane used to remove toppled coaches from accident sites. The Railway ministry has decided to convert the UNESCO World Heritage site of CSMT into a transport museum for which offices too would be shifted.

This is the same location that has been selected for setting up the statue of Maratha warrior Shivaji. There shall be seven forts too whose replica too has been proposed to come up on this space. At present, there are gardens that adorn this lesser known entrance to CSMT railway station.

The railway unions have been opposing this transport museum and even went on hunger strike. They claimed that the administration’s move to shift almost 400 staff in a new building is a complete waste of money.