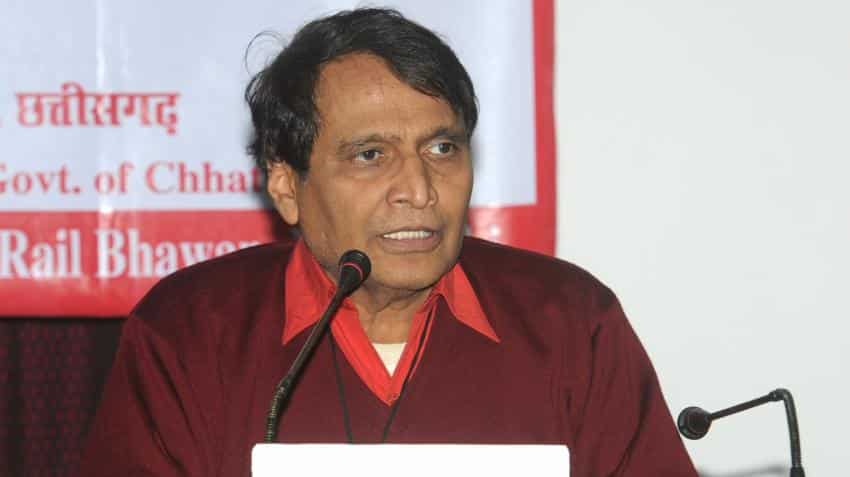 Prabhu told members that the government was working to increase speed of trains and emphasised that safety would in no way be compromised.
RELATED NEWS

Railways are considering a slew of innovative measures like exploiting space rights over station buildings, sponsorship of uniforms for its personnel, commercial farming alongside tracks, in its bid to boost non-fare revenue.

Minister of Railways Suresh Prabhu gave these details in Rajya Sabha during the Question Hour, where he also informed members that the government is working to complete the dedicated freight corridor by 2019 after which it is expected that the average speed of Indian trains would go up substantially by 2020.

The Minister said a Mobility Directorate had been set up to look at aspects related to increasing speed while another Directorate has come up to deal with non-fare revenues.

In successful railway systems across the world, non-fare revenues form a big chunk but with regard to Indian Railways, these earnings are not significant. "If you don't increase non fare revenue, financial viability of Railways will be affected," he said.

The areas that the directorate to deal with non-fare revenues would deal include advertisements at stations, tracks or coaches, commercial exploitation of vacant land and space rights over station buildings. It would also look at sponsoring uniforms for its personnel, commercial farming alongside tracks and attempts to monetise rail database.

Sponsorship of activities and events at stations, pay-and- use toilets in land outside stations, radio, video, internet, Wi-Fi, mobile apps, interactive services like video games in railway premises are also being looked at.

Prabhu also told members that the government was working to increase speed of trains and emphasised that safety would in no way be compromised.

Prabhu said work was going on in stretches like Mughal Sarai-Allahabad on the Kolkata-Delhi trunk route to reduce congestion.

"It is not necessary that speed of the train and safety have to conflict with each other. It is always possible to increase the speed of the train while also ensuring safety," Prabhu said, citing Japan as an example where the Shinkansen trains have the highest speed and lowest record of accidents.

"If you actually bring in high speed trains and integrate signalling, track and rolling stock, the possibility of accidents goes down," he said. Later to a question by Sukhendu Sekhar Roy of TMC, Prabhu said work was continuing on the East-West line in Kolkata and added "hopefully when your party will come back to power, we will be able to work with you."