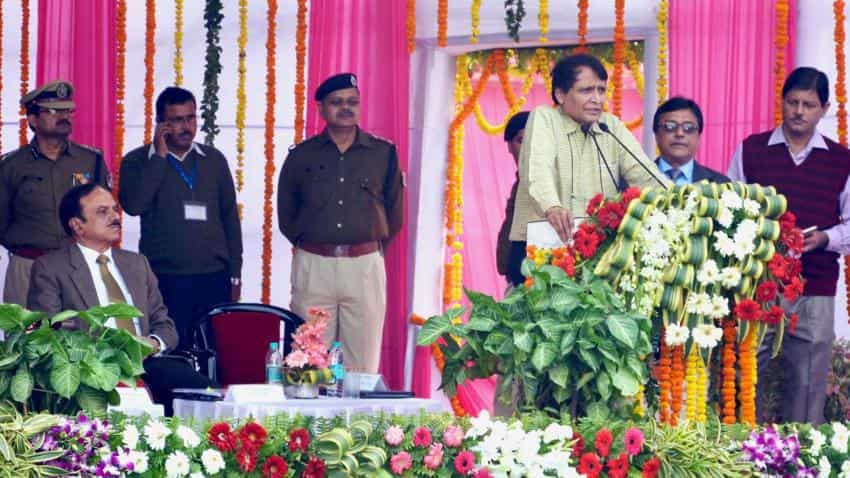 The government said that the changes should be implemented with effect from December 20 for a period of six months. Photo of Suresh Prabhu, Minister of Railways. Image Source: IANS
Written By: ZeeBiz WebTeam
RELATED NEWS

Ministry of Railways on Monday reviewed the existing ‘flexi fare system’ in the Rajdhani, Shatabdi and Duronto trains and introduced a few other reforms on ‘experimental basis.’

Of these reforms the government said, “10% rebate shall be applicable on the base fare of last ticket sold for a particular class and train just before preparation of first chart.”

Other reforms by the Ministry are as under.

2. 10% discount shall also be applicable for allotment of vacant berths (due to non-turned up passengers) in the train by TTEs.

Regarding the class-wise ‘tatkal’ quota earmarked under the flexi fare system, the government introduced the following reforms.

1. The tatkal quota should be reduced to 10% of the total classwise accommodation.

2. Thereafter, fortnightly review of utilisation of tatkal quota will be undertaken by CCMs of Zonal Railways and based on its utilisation, tatkal quota may be increased upto a maximum of 30% of total classwise accommodation in the train.

“The above changes should be implemented with effect from 20th December, 2016 for a period of six months,” the government said.

The sections on which the concession is currently being offered on are Ajmer-Jaipur, Jaipur-Kishangarh and Mysore-Bengaluru.

The government has now introduced the ‘fixed fare system’ on these routes in place of the flexi fares. 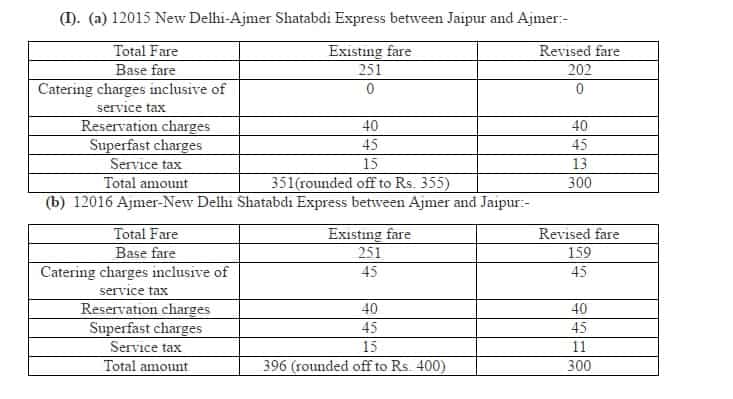 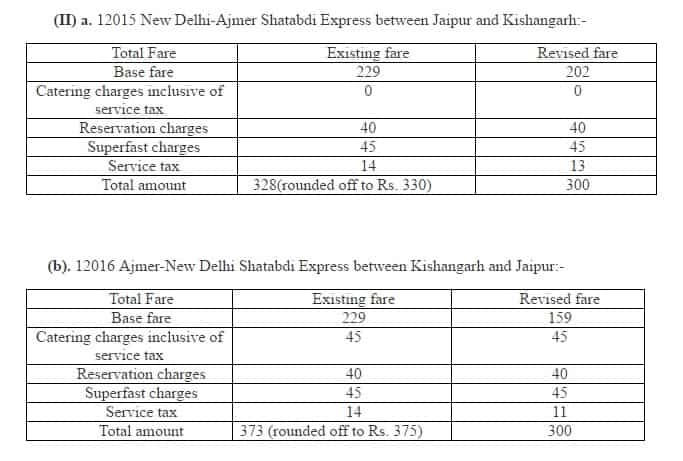 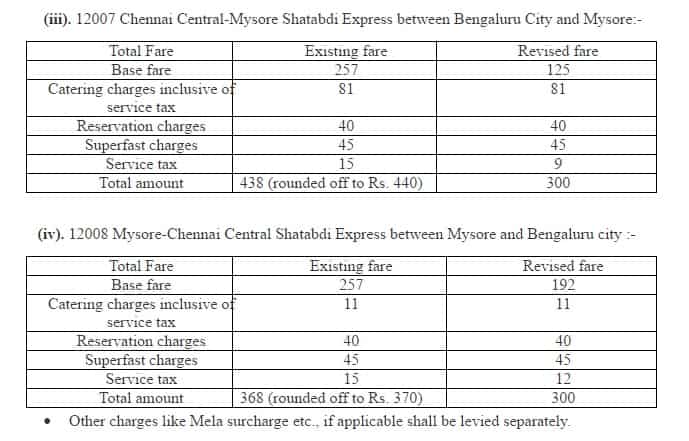 “No concession/discount/rebate shall be admissible on the above revised fare. However concession shall be applicable on the pre-revised fare subject to maximum fare of Rs.300 for the above sections.  Since in chair car of Shatabdi trains seat option is must for child of age 5 years and above and of below 12 years and  full fare ticket is issued, therefore child fare shall be issued on the adult fare as per above revised fare table,” the government said.