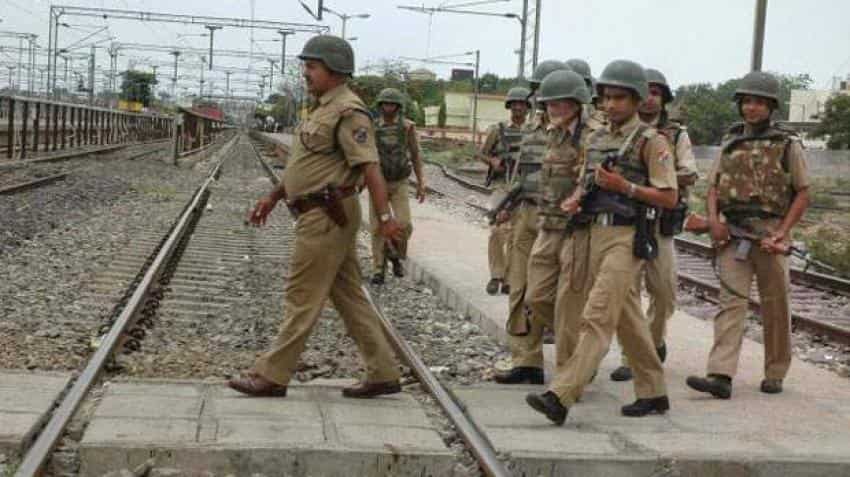 Railway Recruitment 2018: Railway Minister Piyush Goyal through a tweet stated that his ministry will embark upon the process to fill 9,500 vacancies of Railway Protection Force. Image source:
Written By: ZeeBiz WebTeam
RELATED NEWS

Railway Recruitment 2018: Over 400 apprentice vacancies have just been announced on secr.indianrailways.gov.in

Railway Recruitment 2018: Even as Indian Railways is going ahead with the biggest requirement drive ever for as many as 90,000 posts, Railway Minister Piyush Goyal through a tweet stated that his ministry will embark upon the process to fill 9,500 vacancies of Railway Protection Force (RPF). Those interested in Railways jobs can check indianrailways.gov.in. Out of the total recruitment, 50 per cent seats will be for women candidates, Goyal said, adding that coach-making work at Rae Bareli has also kicked off after the NDA government came to power in 2014. The Railway minister said that this year a record 700 coaches will be built, and in the next couple of years, the factory will manufacture 3,000 coaches.

Piyush Goyal said on Satturday that an analysis done by his department has found that 100-plus new trains could be run on shorter routes by cutting layover time. Layover time is defined as the idle time of a train at the originating or terminating station before commencement of journey. As we said, Indian Railways has kickstarted the process of hiring 89,500 employees, including assistant loco pilots, technicians, gangmen, switchmen, trackmen, cabinmen, welders, helpers and porters. The decision to fill the vacancies is in sync with the Railway Minister's plan to strengthen safety in train operations after it saw a series of derailments in the recent years. Vacancies are, therefore, mainly at the entry level, as Goyal thinks that railways needs more staff to maintain the cleanliness and ensure safety.

Around 1.2 lakh positions related to safety are lying vacant. The additional hiring is likely to cost Rs 4,000 crore a year. The railways is hiring around 63,000 personnel in group D category and another 26,500 personnel as loco pilots and assistant loco pilots.

Railway Recruitment 2018: Over 400 apprentice vacancies have just been announced on secr.indianrailways.gov.in