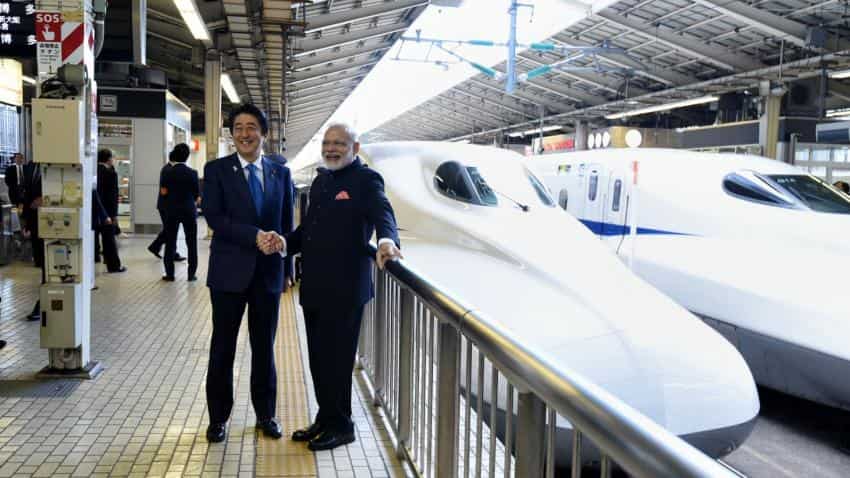 The E5 Shinkansen series bullet trains to be pressed into service on the upcoming Mumbai-Ahmedabad high speed corridor will also have baby changing rooms comprising baby toilet seats, tables for diaper disposal and a low sink for children for washing hands.

Railways is gearing up to acquire 25 E5 Shinkasen series bullet trains from Japan at an estimated cost of Rs 5,000 crore for the Modi government's first bullet train project.

Besides, there will be two extra-spacious toilets for wheelchair-bound passengers in the 10-coach high speed train.

Facilities of separate rest rooms and toilets for men and women while introducing wall mounted type urinals for men in the high speed train are in the offing for the first time in Indian Railways, said a senior

Washrooms for men and women will also be placed in similar way.

The bullet train with seating facility will take about 2 hours 7 minutes to travel 508-km distance between Mumbai and Ahmedabad.

Most of the corridor will be elevated, except for a 21 km underground tunnel between Thane and Virar, of which 7 km will be under sea.

The undersea tunnel was chosen to avoid damaging the thick vegetation present in the area.

The corridor will begin at the underground station in the Bandra-Kurla Complex in Mumbai, and then traverse 21 km underground before emerging above ground at Thane.

JICA has agreed to fund 81 per cent of the total project cost through a 50-year loan at an interest rate of 0.1 per cent and a moratorium on repayments up to 15 years.

Indian Railways will invest Rs 9,800 crore in the high- speed rail project and the remaining cost will be borne by the state governments of Maharashtra and Gujarat.