Price band for the IPO is set at lower end of Rs 17 per piece and higher end of Rs 19 per piece. There is also 0.50% discount available to retail and employee investors on their price band. 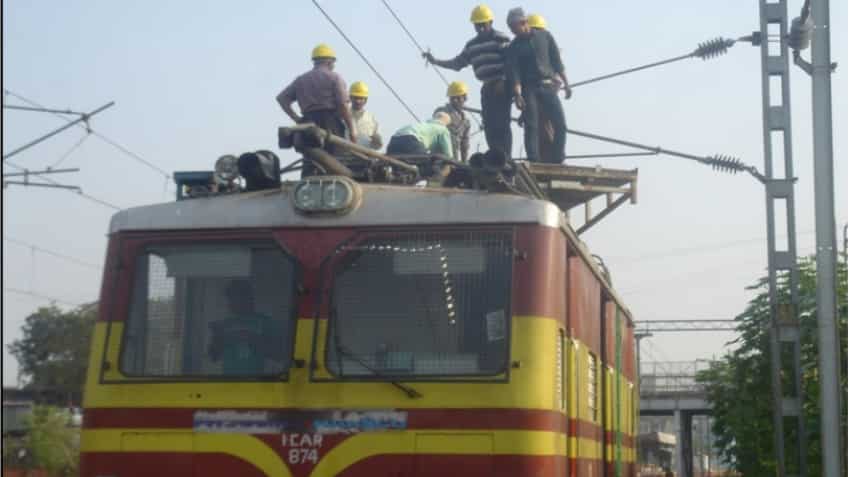 Bidding for the IPO is open from Friday onward, however, will be available for subscription till April 3. Photo: Rail Vikas Nigam Official Website

Government-owned Rail Vikas Nigam has kicked off its initial public offering (IPO) on exchanges namely Sensex and Nifty. Bidding for the IPO is open from Friday onward, however, will be available for subscription till April 3. It needs to be noted that, subscription for IPO will not be available on weekend that is March 30 and March 31 end. Rail Vikas Nigam is incorporated by the Ministry of Railway with an objective to undertake rail project development, mobilization of financial resources and implementation of rail projects pertaining to strengthening of golden quadrilateral and port connectivity and raising of extra- budgetary resources for project execution. Through this IPO, government and promoters plan to reduce their stake by another 12.16%.

Price band for the IPO is set at lower end of Rs 17 per piece and higher end of Rs 19 per piece. There is also 0.50% discount available to retail and employee investors on their price band. As per data accumulated by NSE, it is being known that, Rail Vikas Nigam has received some 0.03% subscription with bids of 77,78,940 equity shares at around 1317 hours. The IPO will offer a total 25,34,57,280 equity shares.

Let’s find out whether you should subscriber Rail Vikas Nigam IPO?

Since inception in 2003, the Railways Ministry  has transferred 179 projects to it of which 174 projects are sanctioned for execution. Out of these, 72 projects have been fully completed totalling to Rs 205,672.80 million and the balance are ongoing.

Analysts at HDFC Securities had listed out RVNL’s competitive strength. These are:

RVNL’s experienced management and execution team gives it a competitive advantage and has contributed significantly in increasing its project execution capabilities. With its 43 project implementation units as on December 31, 2018 across the country, it operates as a client company to the MoR, and work for and on behalf of the Ministry for execution of various nature of railway infrastructure projects.

RVNL has, over the years, leveraged its expertise in diverse segments of the railway infrastructure such as doubling, railway electrification, gauge conversion, new line, metro rail projects, workshops/maintenance facilities for railway sector. Each of these segments / sub-segments require specific skill sets and experience which has been developed by the Company for the timely execution of the projects in these sectors.

Going forward, HDFC Securities see Indian Railway sector to have a positive fiscal FY20, which will also help RVNL. Analysts here added, “Considering the fact that Railways need to spend on infrastructure to be competitive enough to be a preferred mode of transportation there are many investment opportunities that could be expected from the sector.”

Meanwhile, Arafat Saiyed, Research Analysts at Reliance Securities said, “RVNL’s revenue and PAT clocked 34% and 19% CAGR, respectively over FY15-18, while margin expanded to 5.1% in FY18 from 4.6% in FY15. Notably, RVNL paid an average dividend of 26% during the same period. The order book as on 3QFY19 stood at Rs775bn bn (10x of FY18 revenue) for 102 ongoing projects. Assuming moderate revenue growth of 10% CAGR through FY18-21E, the Company is valued at 5.5x FY21E earnings, which appears to be justified considering its unique business model, steady growth and healthy return ratios. Hence, we recommend SUBSCRIBE to the Issue.”

Shivendra Foujdar, Founder and Managing Partner, Avighna Trades, “RNVL a PSU under Railway ministry ready for listing on BSE & NSE. If we analyze financials of last 3 years the company is growing at around 30% in terms of revenues and at around 20% in terms of net profit. RVNL is in the business of executing all types of railway projects, including new lines, doubling, gauge conversion, railway electrification, metro projects, workshops, major bridges, construction of cable-stayed bridges, institution buildings.”

Foujdar also added, “From cost perspective being into consultancy service it has a limited investment requirement for infra and related things and with more than 100 work order in hand of worth more than 77000 crore. Government focus on rail infrastructure spends, strong order book, attractive valuations, strong execution capabilities, robust balance sheet. IPO looks promising as a long term pick which is reasonably priced too.”

Thereby, if you are planning to enter into a fresh equities, then RVNL can be your best bet. Generally, one of the charms to invest in an IPO is that, when they get listed if a company has a strong business module, then market debut is at premium then the amount you bought in the IPO issue. Hence, a gamble can be done in RVNL.