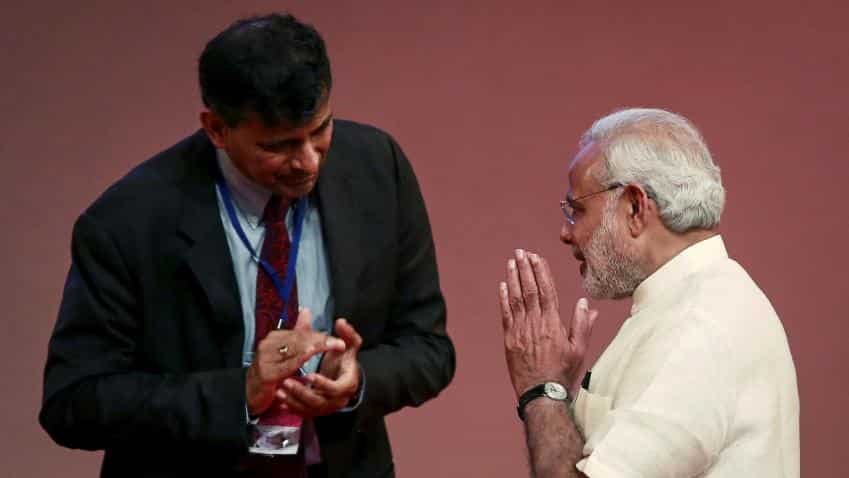 Wildly popular with classes and masses alike, Reserve Bank of India (RBI) Governor Raghuram Rajan has decided to go back to academia once his term ends in September this year.

He, however, admitted that he wanted to continue but decided otherwise after his consultations with the Government. Rajan said, “While I was open to seeing these developments through, on due reflection, and after consultation with the government, I want to share with you that I will be returning to academia when my term as Governor ends on September 4, 2016.”

These two developments are; setting up of the monetary policy committee and clean-up of banks’ balance sheets which is currently underway.

Finance Ministry Arun Jaitley, in a tweet, said, "Dr. Raghuram Rajan has announced his intention to go back to academics at the end of his current assignment.The Government appreciates the good work done by him and respects his decision. A decision on his successor would be announced shortly."

Former Finance Secretary Arvind Mayaram posted on Twitter, "Raghuram Rajan's decision not to seek second term would be very costly for the economy. Not a good omen."

In his letter to his staff that was published on RBI’s website for the public, Rajan said that RBI has fulfilled all its proposals, including laying down a framework on controlling inflation, bolstering foreign reserves, transparent licencing of new and niche banks, creating new institutions like Bharat Bill Payment System and expanding mobile payment, among others.

What, then, triggered Rajan’s decision to go back to the US?

Continuing his scathing attack, Swamy tweeted on Saturday, “Raghuram Rajan has said he will go back to the US. Whatever fig leaf he wants for hiding the reality we should not grudge it. Say good bye!”

Swamy also wrote multiple letters to Prime Minister Narendra Modi over the past few months asking for Rajan’s ouster from the post of RBI’s governorship with immediate effect.

However, PM Modi, recently said that Rajan’s appointment for the second term will come up in September and a decision will be taken then.

Jaitley, too, defended Rajan against Swamy’s public attacks and had told PTI, "I do not approve of any of these comments being made by anyone as far as the personality is concerned, because the RBI and its Governor is an important institution in Indian economy."

Rajan, in his letter, said, “I am an academic and I have always made it clear that my ultimate home is in the realm of ideas.”

Rajan was on a three year leave from his position of professor of finance at the University of Chicago.

“I will, of course, always be available to serve my country when needed,” he added.