On demonetisation, Rajan rejected the claim that the Reserve Bank of India had not been consulted by the government before it went on to declare 1,000 and 500-rupee currency notes as illegal tender in November 2016. He, however, reiterated that the move to cancel 87.5 per cent of the currency value was "not a good idea". 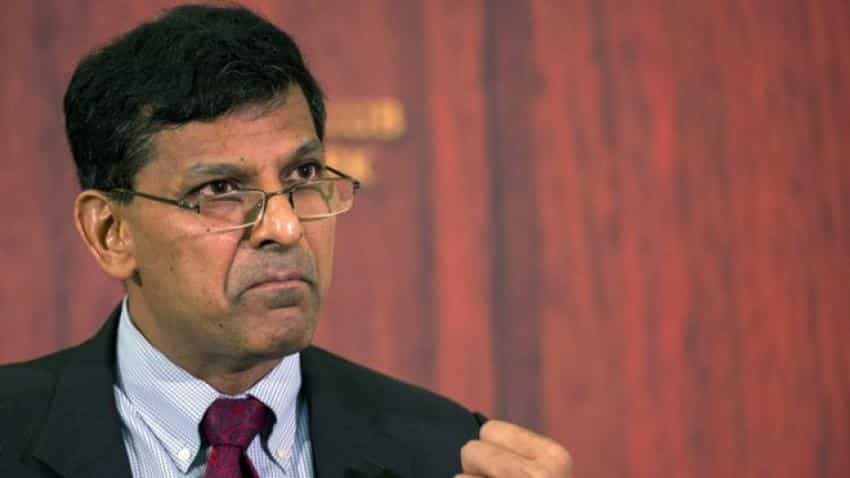 Raghuram Rajan, speaking at the Harvard Kennedy School in Cambridge on Wednesday, gave his reaction to the Punjab National Bank (PNB) fraud case that involves Nirav Modi. Rajan, who is currently the Katherine Dusak Miller Distinguished Service Professor of Finance at The University of Chicago's Booth School of Business, during his 2018 Albert H Gordon Lecture on the topic 'Leverage, Financial Crises, and Policies to Raise Economic Growth', made some telling points about the banking system in India. On the problem of non-performing assets (NPAs), while also making a reference to the Nirav Modi-PNB fraud case, the former RBI governor said it is worrisome that some Indian banks have antiquated systems. He added, that a part of the PNB fraud case was cyber-related and there was a need to go into the details of how the scam came to pass.

Rajan explained, "It turns out that we don't need to be really clever in the Indian system to make away with a billion dollars. Some of these banks have antiquated systems also....Your worry is that the systems are not adequate to prevent rogue dealers, rogue employees colluding and making off with stuff. That is the fraud part." Notably, Raghuram Rajan added that bad loans do not necessarily come from fraud, they come from "irrational exuberance".

Talking about reform programmes like GST and demonetisation, the former RBI governor said that proper implementation of the Goods and Services Tax (GST) in India can be worked upon and is not an "unfixable problem". Rajan reiterated that demonetisation was "not a well-planned, well thought-out" move.  With the Modi government bringing in ambitious reforms like GST and demonetisation, Rajan said it would be good if such measures were better implemented. "On the Goods and Services Tax, we will figure it out eventually. It will be nice if we could implement much better than we do. But (GST) is not an unfixable problem. We can work on it. I wouldn't give up hope at this point on that," Rajan told an audience at the Harvard Kennedy School in Cambridge yesterday, PTI reported.

On demonetisation, Rajan rejected the claim that the Reserve Bank of India had not been consulted by the government before it went on to declare 1,000 and 500-rupee currency notes as illegal tender in November 2016. He, however, reiterated that the move to cancel 87.5 per cent of the currency value was "not a good idea". "I didn't ever say that I wasn't consulted (on demonetisation). In fact, I have made it quite clear that we were consulted and we didn't think it was a good idea," Rajan said.

He said demonetisation "was not a well-planned, well thought-out, useful exercise and I told the government that when the idea was first mooted," he said, adding that any macro-economist would say that if 87.5 per cent of the currency is being demonetised, then it better be made sure that a similar amount of currency is printed and ready to be put back in circulation. "India went into it without having done that. It had a negative economic impact but also the idea was that somehow people who had money stored in their basements without having paid taxes on it would overnight see religion and come to the government and say 'sorry we were hiding this stuff, let me pay taxes on it'," Rajan said, calling it a "naive view".

"Anybody who knows India, knows that very quickly we find ways around the system," he said, adding that with "essentially" all the money that was demonetised coming back into the system, the exercise did not have the direct effect that was sought.

While the longer term impact of demonetisation is yet to be seen, its negative economic impact included people not having currency, not being able to pay and economic activity plummeting especially in the informal sector. "There may be some longer term impact that people think that if this sort of thing happens then the government is serious about collecting taxes. There may be greater tax payments but we still have to see strong evidence that that is true," Rajan said, while expressing concern that a lot of people probably lost their jobs due to demonetisation but that has not been counted well as it would be mostly in the informal sector.

"The positive impacts (of demonetisation) are out there in the future. We have no idea whether they will be important. To my mind it was not a policy that was useful at that time," he said. To a suggestion that demonetisation could have positively impacted growth, Rajan said "you would have to find a new economic theory to explain how it helped the economy".

He said most estimates of the cost of demonetisation vary between 1.5-2 per cent of the GDP. "It would be a really die-hard government advocate who would say that the growth benefits of demonetisation were immediate," he said. "Most of the supporters of the move would say that the benefits of the move are coming by changing the incentive to pay taxes. I would say yes, we will have to wait and see whether that in fact is true," he said.