Race 3 box office collection: Salman Khan  starrer  movie has done well so far at the box office and analysts predict that the film may see a good run in the coming two-week until another new release comes 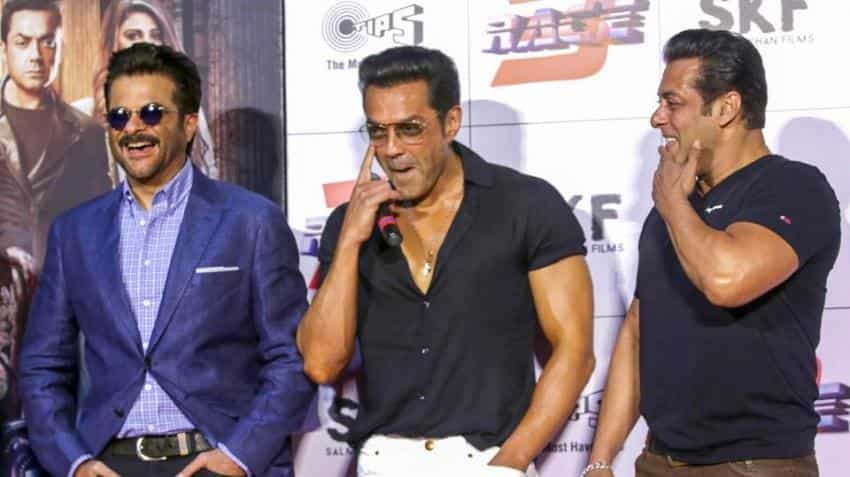 Race 3 box office collection: Salman Khan starrer movie has done well so far at the box office and analysts predict that the film may see a good run in the coming two-week until another new release comes. The Remo D’Souza-directed film has earned over Rs 120 crore in its four-day run and is still counting. Another film that has done well at the box office so far collected Rs 122.07 crore in India business in its sixth week run. Race 3 has time to earn more and  it is expected to cross Rs 150-crore mark shortly given its current pace of earning.

The movie buzzed at the box office despite negative reviews from critics and audience, reinforcing the belief that Salman Khan still rules the industry.  Race 3 got a two-week time for the solo run until Ranbir Kapoor starrer ‘Sanju’ knock the box office on June 29.  Unlike Tiger Zinda Hai, which enjoyed an uninterrupted run for few weeks, Race3 has one more week to score, Adarsh said on twitter.

He said footfalls are bound to get divided when Rajkumar Hirani’s much-awaited Sanju, which is high on hype, hits screens on June 29. Sumit Kadel, a film critic tweeted,"Dont understand y Salman fans demean other stars stardom. We agree Salman is a megastar but he is nt d only 1. #Race3 will do max 180-200 cr on 4600 screens on EID. Hrithik bang bang did 180 cr in a clash, SRK dilwale 150 cr in 2500 screens with a clash. Ajay G4 200 with a clash (sic)."