Race 3 collection Day 3: The Salman Khan starrer gets into its second week, but it is still buzzing at the box office. The movie has so far earned over 100 crore 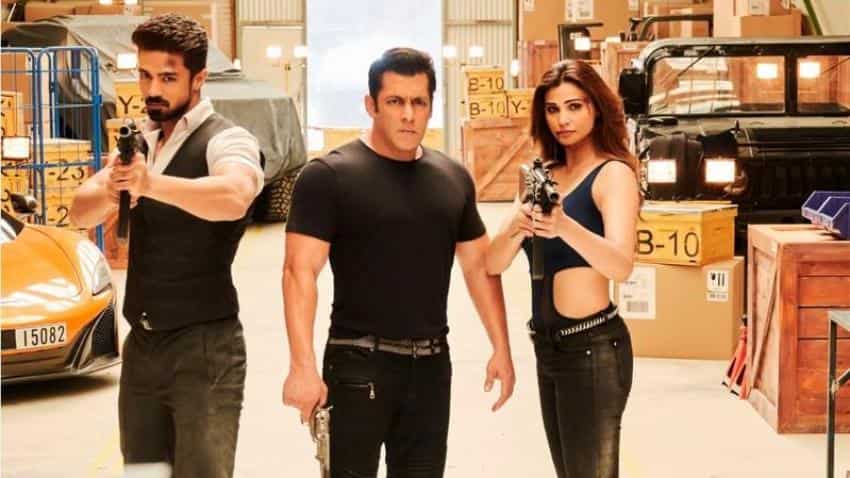 Race 3 collection Day 3: The Salman Khan starrer gets into its second week, but it is still buzzing at the box office. The movie has so far earned over 100 crore. On the opening day, Race 3 collected Rs 29.17 crore in revenue, on the second day it earned  Rs 38.17 crore and on its third day it earned Rs 39.16 crore. The Remo D'Souza directed movie has till the date earned 106.47 crore in India business. The movie has also earned $495,373 (about Rs 2.5 crore) in Australia in the weekend business.

Race 3 has also crossed the opening weekend business of Baaghi2 (Rs 73.10 crore), Raid (Rs 41.01 crore) and PadMan (Rs 40.05 crore). Salman Khan, now at 52, is the key audience puller. Many, however, feel that the flick does not have coherent plot and consistency, though it raked in crores of rupees.

Anil Kapoor, Bobby Deol, Daisy Shah, Saqib Saleem, Jacqueline Fernandez are other known actors featured in the movie. Though the film is star-studded, Salman Khan remains at the centre of attention.

"Unlike #TigerZindaHai, which enjoyed an uninterrupted run for few weeks, #Race3 has one more week to score... Rajkumar Hirani’s much-awaited #Sanju - which is high on hype - hits the screens on 29 June 2018... Obviously, the screens, shows and footfalls are bound to get divided."

"The real test begins today [Mon]... Now that the euphoria surrounding #Race3 has settled down, the word of mouth will come into play on weekdays... What will be its lifetime biz? ₹ 200 cr? Rs 250 cr? ₹ 300 cr? Or will it cruise past ₹ 300 cr? Only time will tell," Taran Adarsh tweeted.