Race 3 box office collection: Salman Khan has made a strong start despite many critics not being very charitable to his latest release 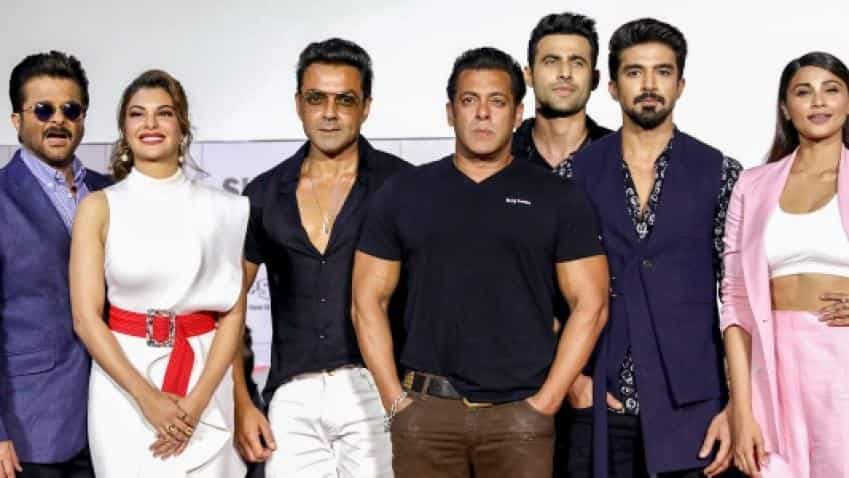 Race 3 box office collection: Salman Khan has made a strong start despite many critics not being very charitable to his latest release. In fact, looking back, it would be difficult to find critics issuing a good recommendation, but that has never stopped Bhai from turning out hit after hit at the box office. Whether it is his fans or the general movie going public, Salman Khan manages to lure the public into the cinemas time after time and he has been doing so for decades, much to Bollywood industry's relief. His latest release, Race 3 has done the same. Salman Khan ultimately managed to power the earnings very near the figure that was being predicted as Race 3 collection day 1 was Rs 29.17 crore. The film was expected to be anything between Rs 30 cr to Rs 35 cr. This was then projected to reach the Rs 100 cr mark in the opening weekend.

Race 3 film also stars Jacqueline Fernandez and Anil Kapoor. The great expectations stemmed from the fact that Salman rules the Eid release time. He has dominated the space for a long time and this time, considering it is a thriller of a movie, the same is expected very much to happen again. Although, he did not get the boost of an extended weekend, nevertheless, an Eid boost means a massive collection at the BO.

While Race 3 collection is expected to enter the exclusive Rs 100 cr club at a fast clip, check out how well his previous films have done. Tiger Zinda Hai, which starred Salman Khan and Katrina Kaif, earned a whopping Rs 339.16 crore in 2017. Tubelight take was Rs 119.26 crore and it was considered an underwhelming performance by the superstar! Sultan earnings were a mammoth Rs 300.45 crore. It was directed by Ali Abbas Zafar and also starred Anushka Sharma. The oddly titled, Prem Ratan Dhan Payo, a Sooraj Barjatya film, collected a total of Rs 210.16 crore. It also starred Sonam Kapoor, Anupam Kher, Swara Bhasker and Armaan Kohli. Bajrangi Bhaijaan earned a massive Rs 320.34 crore. Its cast included Kareena Kapoor Khan and Nawazuddin Siddiqui.

But all of that is part of Bollywood history and with Race 3 collection, Salman Khan has to prove all over again that he rules the movie going public's hearts and minds with yet another powerful performance. Race 3 collection on day 1 will be setting the pace and thereafter, word of mouth will take over. Salman Khan usually gets a very strong word of mouth boost and this time he is expected to do so again because of the thrills-per-minute content that the movie packs.