Race 3 box office collection: Amid expectations of mega earning, stars too cheer for its success 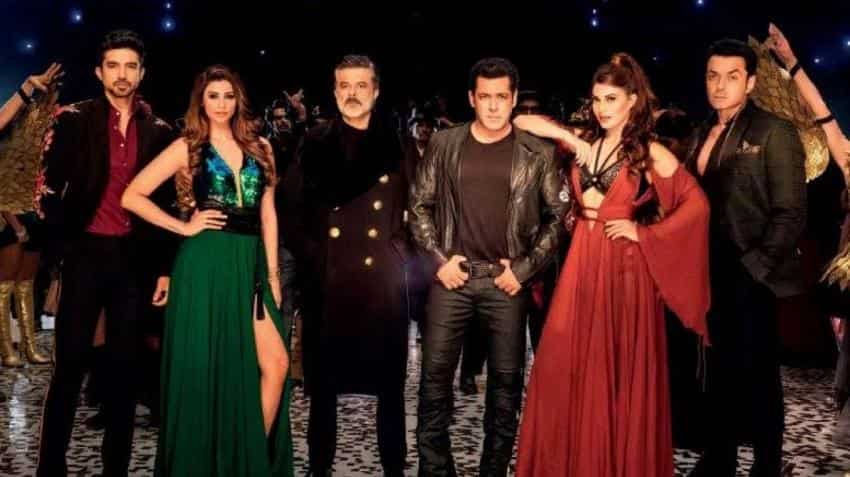 Race 3 box office collection: Race 3 starring Salman Khan, Anil Kapoor, Jacqueline Fernandez and Daisy Shah has been released in 4,000 screens today and it is eyeing profits aplenty. The Bollywood movie, produced by Salman Khan and Tips Films, has witnessed aggressive promotions and digital marketing campaign too that will add to the earnings. Same for selling its theatrical rights.

According to trade experts, domestic lifetime business of 'Race 3' will soar close to Rs 275-300 crore. This will reportedly also include Khan's share of Rs 150 crore, as box office collections of any film are divided between producers, distributors and exhibitors. The film also expects another Rs 40 crore from overseas territories where the film is likely to make around Rs 75 crore in box office collections, a LiveMint report said.

As the movie involves a mega starcast, Bollywood big wigs also extended their good wishes to the all members involved in making of the film. Prominent among those who tweeted include superstar Aamir Khan, Actor Sunny Deol and Actress Huma Qureshi.

Actor Sunny Deol wished his younger brother Bobby for his latest release "Race 3" and expressed hope that the film is a historical success like "Gadar: Ek Prem Katha" was for him. "My little brother, all the best. 17 years ago `Gadar: Ek Prem Katha` released on this day. May `Race 3` be blessed with same historical success. Love to the full team," he tweeted alongside a photograph of Bobby.

Actress Huma Qureshi extended good wishes for her brother and actor Saqib Saleem, who features in "Race 3", saying, "The best and the hottest brother in the world! My star. I`ve seen you toil every single day always smiling... Definitely the most sincere and hardworking boy ever! I believe in you more than anything else in the world my jaan Saqib Saleem `Race 3`. Waiting for the world see you shine now."