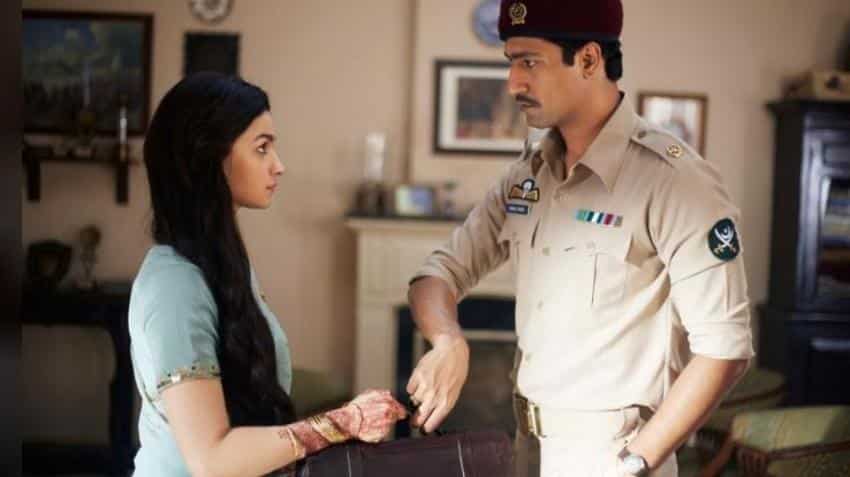 Raazi box office collection: Alia Bhatt and Vicky Kaushal starrer Raazi  has found acceptance among both the audience and critics alike. The movie is based on the book Calling Sehmat. Raazi continued to see steady box office collections in the second. According to the latest data, Raazi collected Rs 130.84 cr so far in worldwide earnings.  The film has managed to keep buzzing at the box office and this total has surpassed expectation.

Raazi box office collection has beaten the business of the Akshay Kumar starrer Pad Man that had collected Rs. 130.42 cr, according to Bollywood Hungama. Though the margin between the collections of the two movies is minuscule, but Raazi is still doing well in cinemas and  the flick is expected to widen the gap.
However, Raazi is far behind in terms of worldwide collections of Padmaavat.  The movie collected Rs. 571.98 cr, Baaghi 2 collected Rs. 254.31 cr, Raid collected Rs. 153.62 cr, and Sonu Ke Titu Ki had collected Rs. 152.75 cr.
The movie is a spy tale which is set during India-Pakistan war. The film is about the daughter of a spy form India (played by Alia) who becomes the daughter-in-law of another spy from Pakistan. Meghna Gulzar directed the film.