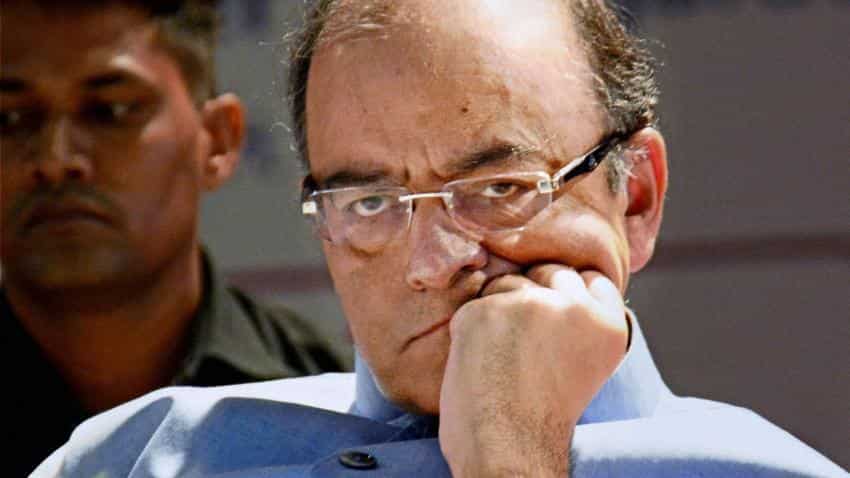 The government gave the people 50 days to get rid of their Rs 500 and Rs 1,000 notes, in a move to abolish black money. Image Source: PTI
Written By: ZeeBiz WebTeam
RELATED NEWS

Speaking at an event in New Delhi, Finance Minister, Arun Jaitley on Friday said that queues outside banks and ATMs were factored in while making plans to ban higher denomination currency.

Jaitley also said that a dip in sales was forecasted and the actual fall has been less than anticipated, Bloomberg reported.

Jaitley said that people are changing their way of spending and doing business.

Stressing that demonetisation will not be the only action taken by the government against black money, Jaitley added that Goods and Service Tax (GST) will hit generation of black money from businesses.

There will be an increase in the tax base due to demonetisation, he said.

Talks of GDP being hit in the bargain to curb black money have been reported, however, Jaitley said that some disruption in GDP due to switching of currency would prevail for a quarter or so.

It will be difficult now to estimate demonetisation hit on growth, Jaitley added.

Cash deposits in banks spiked to Rs 8.11 lakh crore, however, cash withdrawals amounted to Rs 2.16 lakh crore which was 20% of the deposits.

Finance technology companies like Paytm and MobiKwik have seen a spike in total users on their platform since November 8, when PM Modi first announced demonetisation.