About nine countries from Middle East have severed their ties with Qatar for its alleged support to terrorism and following the diplomatic crisis in the country which is the world's largest Liquefied Natural Gas (LNG) exporter, it is going to hurt its business ties with the rest of world including India. 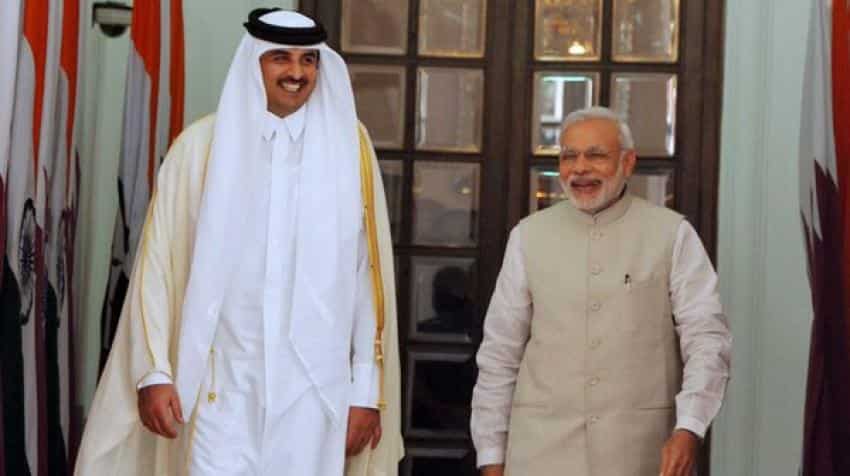 1. About nine countries have severed their ties with Qatar for its alleged support to terrorism

2. The UAE has accused Qatar of "funding and hosting" the Muslim Brotherhood group

3. Saudi Arabia has severed all land, sea and air links with Qatar

About nine countries from Middle East have severed their ties with Qatar for its alleged support to a terrorist organisation Muslim Brotherhood, whereby the country's economic interests with several countries including India is unpredictable going forward.

The UAE had accused Qatar of "funding and hosting" the Muslim Brotherhood group in its statement announcing the severance of ties. However, analysts say the rift is also driven by the belief that Qatar is too closely aligned with Iran, it said.

Saudi Arabia has severed all land, sea and air links with Qatar, and the UAE has closed its airports and harbours to Qatari flights and shipping, the news report said.

Etihad, Emirates, Fly Dubai and Gulf Air have halted all flights in and out of Doha, the Qatari capital. Qatar Airways has said it's halting flights to Saudi Arabia.

Qatari diplomats have been given notice to leave their foreign posts.

Qatari citizens have been told they have 14 days to leave Saudi Arabia, Bahrain and the UAE, and those countries also banned their own citizens from entering Qatar, cited the report.

How this will affect India's economic relations with Qatar?

Qatar is the world's biggest Liquefied Natural Gas (LNG) exporter with pipelines in the Gulf.

Any kind of instability in the Middle East results in increase in oil prices across the world and the longer prices stay high, it is more likely to keep the prices of diesel and petrol high in the rest of the world.

CNN report citing Greg McKenna the chief market strategist from CFD and FX provider AxiTrader said that the country might cut off its oil supplies to its neigbours.

"Qatar is the world's biggest LNG exporter. It has pipelines in the Gulf and could retaliate but cutting off supplies to its neighbors. (It's) something to watch," the report said quoting McKenna, as saying.

India has a friendly relations with Qatar marked by commerical ties between the two countries with the signing of six agreements or memorandum of understanding (MoUs) during the visit of its Emir HH Sheikh Tamim Bin Hamad Al Thani to India in March 2015.

Some of the MoUs signed during India visit of Qatar's Emir in 2015 were transfer of sentenced persons, co-operation in information and communication technology, mutual co-operation between Foreign Service Institute, MEA and Diplomatic Institute, MFA, among others.

India is the third largest export destination for Qatar (behind Japan and South Korea) while import from India to Qatar stand at 10th on the list.

India is a major buyer of ethylene, propylene, ammonia, urea and polyethylene from Qatar, according to Indian Embassy Qatar's website.

The country has been a major customer for Qatari crude oil/products.

In the past few years, there has been a significant growth in India's exports to Qatar.

As per the Indian Embassy Qatar website, Petronet company from India has signed an agreement to purchase 7.5 million tonnes of LNG every year from Qatar for a period of 25 years, the first shipment took place in 2004.

Besides, Petronet and RasGas of Qatar had signed a Sale Purchase Agreement (SPA) for additional annual supply of one million metric tonnes of LNG by RasGas in New Delhi on 31 December, 2015, Ministry of External Affairs said in a statement.

The 25-year contract between the two companies will end on 2028.

India's corporate sector has big presence in Qatar with totaling to 26, 100% of which are Indian owned companies working in the country in various fields such as infrastructure, contracting, information technology, gold trade, and food items trade.

The country's construction and infrastructure companies like Larsen & Toubro (L&T), Shapporji Pallonji, Punj Lloyd, etc., have their operations in Qatar.

For instance, in March 2014, L&T has won a QR 2.1 billion road project in Qatar with its public works authority Ashghal for the design and construction of the Al Wakra Bypass. The contract is considered to be the largest ever single road contract outside of India for L&T, the Indian Embassy Qatar has stated on its website.

Similarly, L&T had secured a $740 million order from Qatar Railways Co. for the design and construction of the rail line for the Doha Metro project in Qatar.

An MoU was signed between Aiana Resorts (part of Leela Group) and Faisal Holding during the Qatar Emir's visit to India in March 2015.  Both partners are constructing a high end luxury apartments complex in Doha's West Bay area, with 50% investment by each, said the Ministry of External Affairs in a statement.

The country's Information Technology (IT) companies like TCS, Wipro, Mahindra Tech, HCL, NIIT, APTECH, etc., have their significant presence in Qatar. The IT companies are doing businesses in the areas of consultancy, SAP, enterprise applications integration, logistics management and security services, etc.,

As far as Indian banks are concerned, State Bank of India (SBI), Canara Bank, and Syndicate Bank have their presence in Qatar and are managing substantial remittances to India through their exchange houses.

Moreover, State Bank of India and ICICI Bank  have branches in the Qatar Financial Centre to undertake limited operations such as private corporate banking and investment banking.

Doha Bank, one of the leading Qatari bank, has started its operations in India from January 1, 2015. It was granted banking license by the Reserve Bank of India (RBI)  in 2014.

Qatar’s sovereign Wealth Fund – the Qatar Investment Authority (QIA) is the main Qatari investor in India. The QIA was founded in 2005 to manage the oil and natural gas surpluses of Qatar with the stated objective of minimising risk from Qatar’s reliance on energy prices.

Some of QIA's investment includes the pick up of 5% stake in Bharti Airtel by Qatar Foundation Endowment with an investment of $1.26 billion in July 2013. The investment routed through Qatar Holding had secured a board seat at the world's top five biggest mobile phone company by customer base.

Besides, Qatar Investment Authority (QIA) had invested $150 million in India’s e-commerce major Flipkart in December 2014. The stakes purchase was part of $700 million fund raising by Flipkart. In December 2015, the QIA acquired additional $100 million in Flipkart which was purchased from venture capital firm Accel Partners.

Both countries -India and Qatar- shared healthy relationship in terms of bilateral trade and investments, therefore, severing ties with Qatar is likely to impact businesses at both sides.