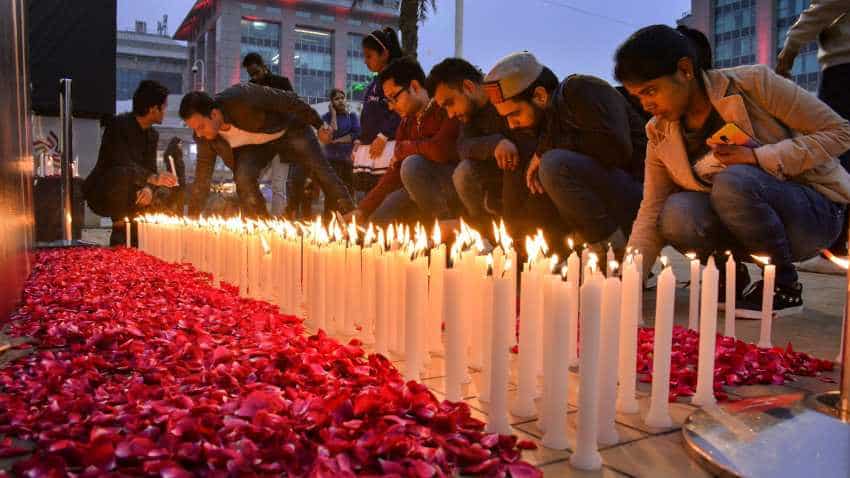 Taking stringent action against it neighbouring nation, India today hiked the customs duty to 200 per cent on all goods imported from Pakistan. The decision was taken, following revocation of the 'most-favoured nation' status in the aftermath of the Pulwama terror attack.

"India has withdrawn MFN status to Pakistan after the Pulwama incident. Upon withdrawal, basic customs duty on all goods exported from Pakistan to India has been raised to 200% with immediate effect," Finance Minister Arun Jaitely said in a tweet.

Increasing duties would significantly hit Pakistan's exports to India, which stood at USD 488.5 million (around Rs 3,482.3 crore) in 2017-18, said a PTI report, adding that the main items which Pakistan exports to India include fresh fruits, cement, petroleum products, bulk minerals and ores and finished leather.

India has withdrawn MFN status to Pakistan after the Pulwama incident. Upon withdrawal, basic customs duty on all goods exported from Pakistan to India has been raised to 200% with immediate effect. #Pulwama

Meanwhile, Pakistan Foreign Minister Shah Mahmood Qureshi today reportedly said that nobody can browbeat the country for the brutal Pulwama terror attack, while offering full cooperation in any probe into the incident if India shares any evidence with it.

Qureshi, in a recorded a video message from Germany where he is attending the Munich Security Conference, claimed that India, without investigation, in a knee-jerk reaction, blamed Pakistan for the attack.

"It is easy to blame Pakistan but it will not solve the problem and the world will not be convinced," he said in the message which was released by the ruling Pakistan Tehreek-i-Insaf (PTI) on its official Twitter account.

Earlier in the day, sobbing family members lit the funeral pyres of the CRPF jawans killed in the Pulwama terror attack, joined by other mourners who at places gathered in their thousands.

Union ministers flew down from New Delhi to join ministers from the states to lay wreaths on the caskets of many of the 40 jawans killed in the suicide attack on the Jammu-Srinagar highway on Thursday.

In most cases, the coffins draped in the tricolor arrived from Delhi at the nearest airport, and were then taken by road to the jawans' villages for state funerals.

Pakistan hikes prices of petroleum products by Rs 30 per litre, Check why?