PSBs did assist in creating much-needed infrastructure, but the question remains at what cost and whether there are better avenues to fund the infrastructure in the future. The non-performing assets (NPAs) that the PSBs hold from the infrastructure sector clearly  point  towards the need for alternative financing mechanisms. 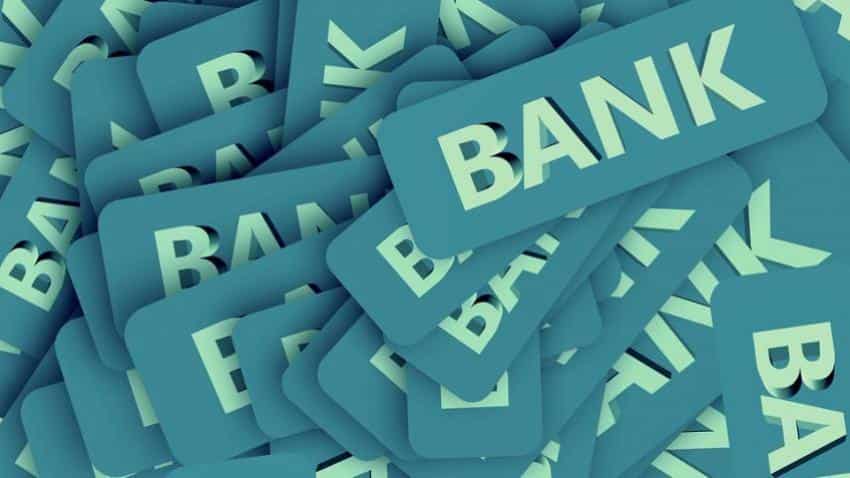 PSBs should reduce their exposure to the infrastructure sector -- if not completely avoid the sector. Image source: Pixabay
Written By: IANS
RELATED NEWS

Recent statements by the chief of the Banks Board Bureau (BBB) that public-sector banks (PSBs) have a role in creating Indian infrastructure considering the support they have provided the sector over the last decade, merit discussion.

PSBs did assist in creating much-needed infrastructure, but the question remains at what cost and whether there are better avenues to fund the infrastructure in the future. The non-performing assets (NPAs) that the PSBs hold from the infrastructure sector clearly point towards the need for alternative financing mechanisms.

To put things in perspective, according to the Economic Survey 2017-18, the road sector alone has NPAs of Rs 36,596 crore. Given the shorter duration of liabilities of the PSBs, not all of them are structured to finance infrastructure. The need is to reduce their exposure to the infrastructure sector.

Firstly, the government needs to push for more Engineering, Procurement and Construction (EPC)-type projects as in the highway construction space, with the eventual aim of auctioning off the assets once operational. Given the issues around delayed permits, land acquisition and the lack of available construction financing, the government in an Indian context maybe better suited at infrastructure creation than the private sector in certain sectors.

The National Highways Authority of India (NHAI) has seen a significant push in highway construction based on the above assumptions. Auctioning operational assets to private investors creates value for the entire ecosystem.

The government needs to look at the Infrastructure Investment Trust (InvIT) vehicle and the fundamental reasons as to why the vehicle hasn`t been popular in India. For starters, the first two listings haven`t done well and this has discouraged other investors from using InvITs. Unless private infrastructure businesses in India start recycling assets using InvITs, it is hard to see how Indian infrastructure creation gathers momentum.

The issues around NPAs and the relatively high cost of funding infrastructure businesses face clearly point towards the former. They need to innovate through specialising in asset development and management, while using private investors to generate capital through auctioning operational assets. A larger investor base in infrastructure will also ensure that asset prices, especially at the time of bidding, reflect economic value, therefore avoiding aggressive overbidding. Aggressive bidding of assets by private developers is one of the major causes of NPAs.

As PSBs slowly reduce their exposure to the infrastructure sector, businesses will do well to consolidate through mergers and acquisitions. This is a trend that is picking up with the likes of ReNew buying Ostro in the renewable energy space. What is worth noting is the significant capital that foreign private investors have deployed through ReNew in this deal.

Such deals across the infrastructure sector would help strengthen balance sheets, create economies of scale and allow investors to both enter and exit investments. As infrastructure looks at new avenues of financing and as PSBs reduce their exposure to the sector, consolidation is a trend that we should see more of.

The PSBs cannot be completely removed from the financing spectrum of Indian infrastructure, because of the large amount of financing -- pegged at $4.5 trillion by the Economic Survey -- required. However, the PSBs will need a fundamental change to be able to finance infrastructure better. They will have to consolidate significantly.

It makes little sense for infrastructure projects to raise financing from a consortium of PSBs when all these PSBs are essentially backed by the government, albeit with different proportion of shareholdings. Having fewer PSBs will mean that a centralised lending window operates, therefore focusing more on project quality and corporate governance.

In summary, PSBs should reduce their exposure to the infrastructure sector -- if not completely avoid the sector. The process of change will be gradual and the stability of the sector needs to be kept in mind. Both the government and private companies need to embrace their role as creators of new infrastructure. Institutions such as NHAI in the government and companies such as Global Logistic Properties (GLP) from China provide a good template for organisations to create operational assets and then recycle them to fund new assets.

In addition, consolidation is required within both infrastructure businesses and PSBs to create more efficient balance sheets and improved lending standards. One must acknowledge the role played by PSBs in the creation of infrastructure, but it is equally important to realise that the old way of working isn`t ideal for the future.