India is going from strength to strength and the world is taking note. This is reflected in the rising graph of India in global ranking. Significantly, India has further improved its ease of doing business ranking, jumping 14 places to 63rd rank. 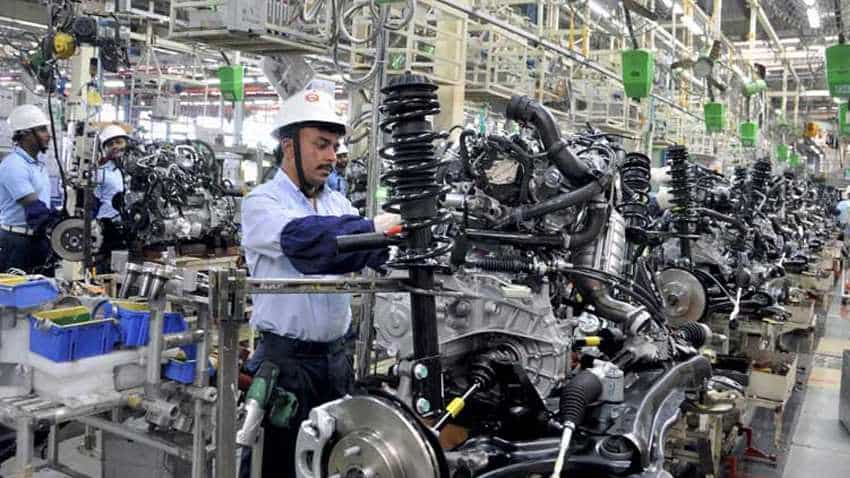 The report added that government's goal in 2015 was to join the 50 top economies on the ease of doing business ranking by 2020. Source - Reuters.
Written By: ZeeBiz WebTeam
Edited By: Harish Dugh
RELATED NEWS

India is going from strength to strength and the world is taking note. This is reflected in the rising graph of India in global ranking. Significantly, India has further improved its ease of doing business ranking, jumping 14 places to 63rd rank. This comes at a time when the government has introduced several new measures to boost the economy. The country also figured among the the top 10 performers on the list for the third time in a row. "India has jumped from 77th to 63rd rank in the Ease of Doing Business Rankings released just now by the World Bank," Commerce Minister Piyush Goyal tweeted. He congratulated Prime Minister Narendra Modi for making improvements in country's business environment.

"Congratulations to PM @NarendraModiji for the path breaking improvements in India`s business environment for nation`s prosperity and job creation," he said. India was ranked 142nd among 190 nations when Prime Minister Narendra Modi took office in 2014. Last year, The country had jumped 23 places to the 77th position on the back of reforms related to insolvency, taxation and other areas.

The World Bank said India conducted four reforms in the 12-month period to May 1. It said that the country has made it easier to obtain building permit and also, to build a warehouse. 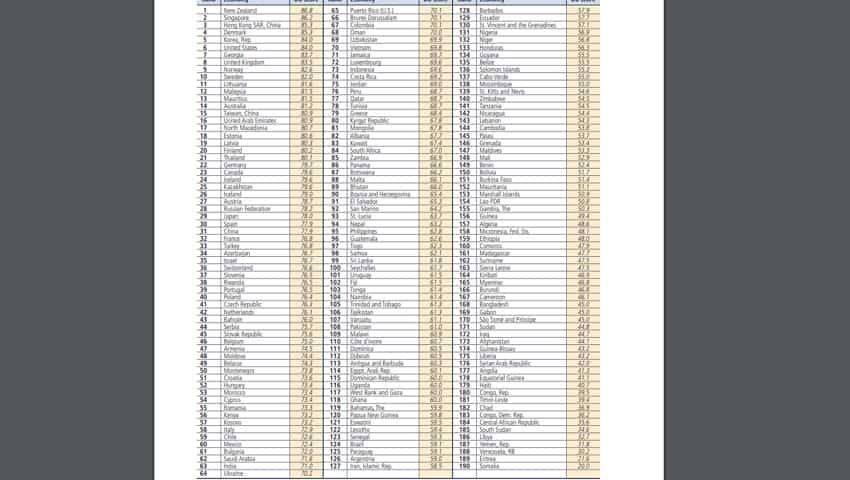 “Among other improvements, India made the process of obtaining a building permit more efficient. Obtaining all permits and authorizations to build a warehouse now costs 4% of the warehouse value, down from 5.7% the previous year. In addition, authorities enhanced building quality control in Delhi by strengthening professional certification requirements. Importing and exporting also became easier for companies with the creation of a single electronic platform for trade stakeholders, upgrades to port infrastructure and improvements to electronic submission of documents," it added.