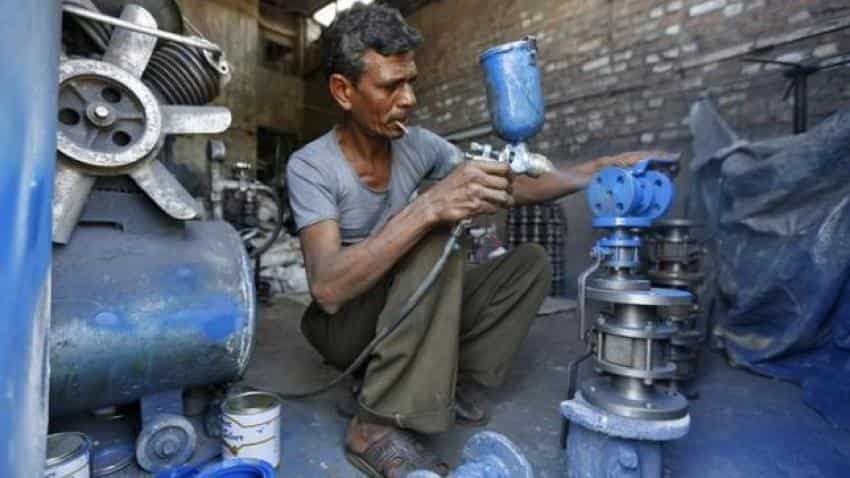 Ficci in its report further said that the issue of inverted duty structure has become more magnified as India is now a part of number of regional/bilateral free trade agreements (FTAs). Representational Image. Image Source: Reuters
Written By: Tejal Yerunkar

Products across six manufacturing sectors such as capital goods, cement, electronics and electricals, among others face inverted customs duty structure that erodes their competitiveness against lower-duty finished product imports and discourages domestic value addition, said Ficci in its latest report on Tuesday.

According to Federation of Indian Chambers of Commerce and Industry's (Ficci) report, the inverted customs duty structure on six manufacturing sectors means that the import duty applicable on the finished product is lower than the import duty on the raw material or intermediate product.

Ficci noted that the report has been submitted to the concerned authorities, including Tariff Commission and Department of Industrial Policy and Promotion (DIPP) for necessary action.

“It has been observed in six broad sectors (several products within each sector) that the import duty applicable on the finished product is lower than the import duty on the raw material or intermediate product which discourages domestic value addition. This inversion is not solely because of basic customs duty but in some cases as a result of other additional duties,” cited the report.

In many cases differential in the countervailing duties (CVDs) of final products and raw material has also led to the problem of inversion, thereby indicating that similar problem exists in excise regime also.

Ficci in its report further said that the issue of inverted duty structure has become more magnified as India is now a part of number of regional/bilateral free trade agreements (FTAs) and is negotiating a number of others.

“Even though, FTAs aim to provide equal opportunity to Indian players in terms of exports, higher import duty on raw materials results in an inverted duty structure that makes certain Indian manufactured goods (those dependent on imported raw materials) non-competitive,” the report stated.

“While many of the raw materials and components used in the final products are also included in the respective FTAs, but the same exacerbates rather than correcting the duty inversion. In many cases, not just one component but several components have higher duty than the final product,” Ficci said.

The report noted that while import of cement does not attract basic customs duty but all the major inputs for manufacturing cement such as limestone, gypsum, pet coke, pickling bags, etc., attract customs duty.

It said that over a million tonne of cement is being imported from Pakistan against domestic cement production of 280 million tonnes.The entire cement imported in India caters only to three to four districts in Punjab, thus creating huge disadvantage for domestic manufacturers, it further added.