Rawat said the ASSOCHAM is all for  adoption  of internationally accepted food standards. 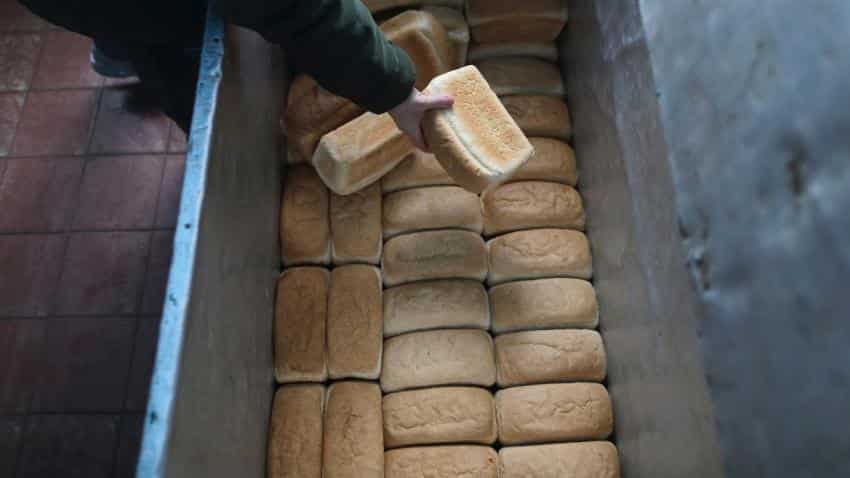 The ASSOCHAM said if India has to scale up its food processing industry , it cannot be left to scare-mongering by NGOs. Photo: Reuters
Written By: ZeeBiz WebTeam
RELATED NEWS

Does your favourite bread company use carcinogen potassium bromate?

Cancer in bread: The price of your life is just 2 paise

The Associated Chambers of Commerce and Industry (ASSOCHAM) on Tuesday questioned the report prepared by the Centre for Science and Environment (CSE) on bread and bread products, saying the latter was spreading panic among consumers and causing a drop in the sale of bread and bakery products.

"Or else, immense loss of goodwill and financial loss would be caused. As it is, the stock prices of the food companies have come under pressure out of panic", Assocham Secretary General D S Rawat said.

CSE has claimed that potassium bromate, purported to be harmful to health, is being injected into bread and bakery dough with the permission and full knowledge of the food regulator.

"The industry will surely be at fault if it was using the PM in violation of the FSSAI rules. If at all, there is a problem, it does not lie at the door of the industry, which only would be put to immense loss of consumer confidence and crores of rupees worth of loss. Already, reports suggest a sharp fall in the sale of morning breads and a sense of panic among the homemakers," D S Rawat said.

Rawat said the ASSOCHAM is all for adoption of internationally accepted food standards. If at all, the problem is detected, the first contact point for the NGOs and independent organisations should be the government agencies, regulators both at the Centre and state levels.

"But an impression has been created as if the entire lot of bread manufacturers are deliberately causing risk to the public health. A similar thing had happened in the case of Maggi noodles which finally returned to the market after an effective court intervention, but not without several hundreds of crores of rupees of loss to the manufacturers".

The ASSOCHAM said if India has to scale up its food processing industry , it cannot be left to scare-mongering by NGOs. "The NGOs are free to be watch dogs, but they must realise that their reports and findings should not be targeted only at the industry..While the government is trying to move towards of ease of doing business by relaxing the inspector raj, the NGO policing may harm many times".

Rawat said, the Health Ministry and the FSSAI should immediately come out with a clarification on the bread controversy. If need be, the manufacturers should also engage with the regulators and consumers giving them confidence.

Giving clarification about the issue, McDonald's India  said that the they do not use potassium bromate or potassium iodate. Hence, the claims made by CSE in their press release and report are completely baseless.

"We serve our customers with the highest quality products across all our restaurants. We go through a lot of efforts to ensure our food is safe for our customers and have stringent quality processes at every stage. In India, as also globally, McDonald’s adheres to the highest food safety standards and pursues strict compliance with consumer safety laws and regulations.  We always follow the highest food safety practices in all countries in which we do business, and we demand all our suppliers do the same".

Does your favourite bread company use carcinogen potassium bromate?

Cancer in bread: The price of your life is just 2 paise