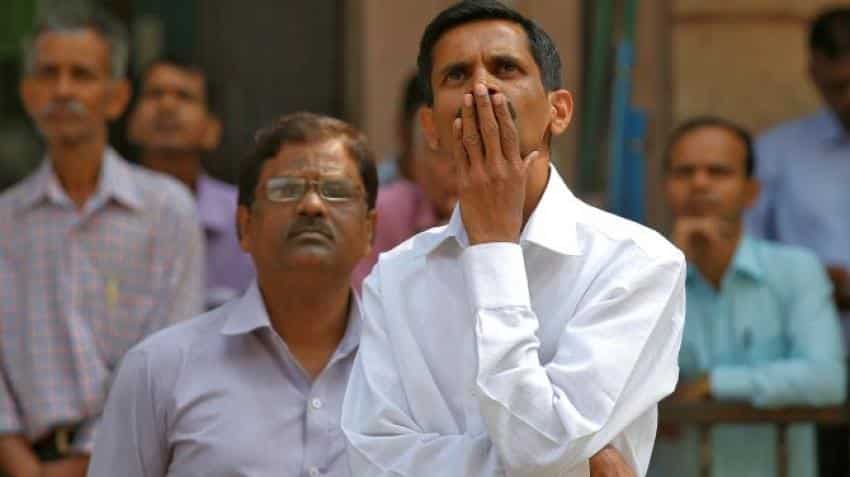 The stock tanked as much as 13.34 per cent to Rs 125.55 on the BSE. Image source: Reuters
Written By: Aprajita Sharma
RELATED NEWS

Shares of Punjab National Bank were trading at day's low, slipping over 13 per cent after the press conference by the PNB management failed to assuage concerns around the fraud case worth over Rs 11,000 crore.

The stock tanked as much as 13.34 per cent to Rs 125.55 on the BSE. The market capitalisation of the public lender eroded by about Rs 8,000 crore to little over Rs 31,000 crore in the last two days. The stock has lost entire gains that it incurred post recapitalisation plan announced in October last year.

"Fraud started in 2011, we were the first bank to detect and report it. We had informed agencies, other banks immediately on the fraud case. Bank will honour ‘all bona fide’ commitments, and will punish the wrong doers," said Sunil Mehta, MD, Punjab National Bank in the press conference.

To explain the fraud in brief, PNB had filed an FIR with the Central Bank of India (CBI) on January 31 against six people including Nirav Modi, alleging two of its employees “fraudulently” issued LoUs worth Rs 280.7 crore and “transmitted SWIFT instructions to the overseas branches of Indian Banks” to raise buyers’ credit for Modi’s firms, Diamond R US, Solar Exports, and Stellar Diamonds, without making entries in the bank system.

The public sector bank on Wednesday further detected fraudulent transactions amounting to more than Rs 11,000 crore from one of its branch in Mumbai.

PNB received funds from various banks via LoUs in its Nostro account. The banks under scanner are Allahabad Bank, Axis Bank, SBI, Union Bank and Bank of India.

An LoU is an assurance given by one bank to another to meet a liability on behalf of a customer. LoUs are used in international banking transactions. Nostro account is an account that a bank holds in a foreign currency in another bank.

"The case assumes significance because based on these transactions other banks had advanced loans to these clients abroad. This is related to the two complaints that PNB has already filed against Nirav Modi, a prominent diamond merchant. PNB has also involved the Enforcement Directorate to track the audit trail of the money. This dampens the sentiments around PNB, which had seen a marginal improvement in its asset quality in this quarter," said brokerage Angel Broking.