Shares of Pharmaceutical companies jumped when it became clear that Trump will be the 45th president of USA. 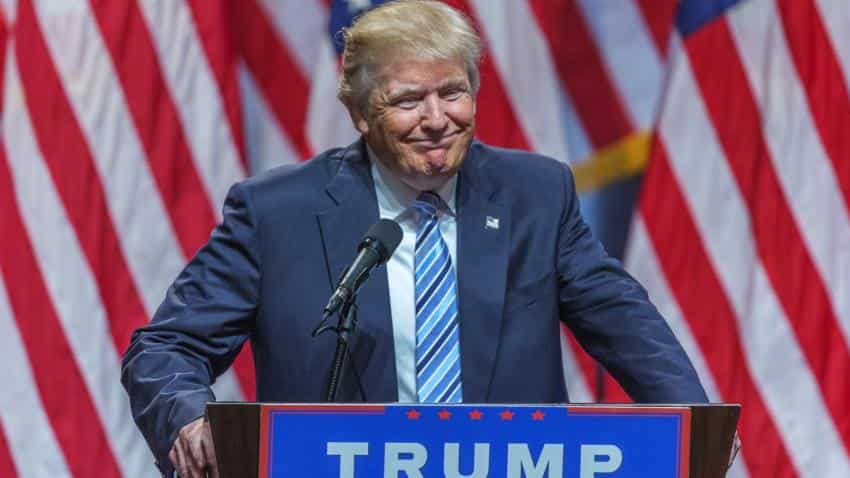 US-China cold war in terms of business, could turn out to be good for Indian businesses. Photo: IANS
Written By: ZeeBiz WebTeam
RELATED NEWS

In the past two years, India's relation with the United States have been and the new President-elect Donald Trump admitted the same during his campaign.

However, President Trump has also been vocal about higher taxes for companies that outsource jobs, manufacturing, et al. According to a FundsIndia report, the Republican candidate had threatened to label China as a 'currency manipulator'. Trump had also called for imposing higher tariffs on Chinese goods and initiate litigation against China for stealing American trade secrets.

This US-China cold war in terms of business, could turn out to be good for Indian businesses.

Shares of Pharmaceutical companies jumped when it became clear that Trump will be the 45th president of USA.

Pharmaceuticals constitute the second biggest exports of India to the US. India’s strength in manufacturing affordable generic drugs. According to US Census Bureau data, when Obamacare was signed into law in 2010, India’s pharma exports to the US were $31 billion.

Five years of Obamacare, has more than doubled pharma exports from India to the US to $66 billion. If Trump implements his promise to junk Obamacare, Indian drug companies could be severely hit. Indian IT companies which provide support to the program could also end up losing their business that could lead to job cuts in India, Baskar added.

Considering, India's strong pharma manufacturing, Trump's promise to curtail China could open possibilities of diverting capture a part of the trade that China would lose, the report said.

Moreover, during the campaign, Trump had stressed on the 'need to curtail ISIS and curb immigration from countries that export terror'. The report said, "Trump’s ideological offensive against radical Islam could be a force multiplier for the Modi government. On the flip side, if Trump decides to walk the talk he could further alienate the Muslim community already apprehensive of a right wing government in India."

Another positive point is that Trump had planned to boost GDP growth to 4% by adding 25 million jobs over the next few years. Baskar, Advisor at FundsIndia, in the report, said that Indian businesses will require to invest a minimum of $1 million and create at least 10 jobs for American workers.

If entrepreneurs can generate jobs in the US, they are eligible for green cards. India has 2.5 lakh millionaires and the number is expected to double by 2025. That would mean more opportunities for Indians to invest in the US and get that much coveted green card, the report added.

Further, as per the report, Trump's energy plan will benefit India. If the US opens up oil sector, it could lead to price stability globally. This could also throw open massive business opportunities for Indian oil companies including the state owned Oil and Natural Gas Corporation of India (ONGC) whose foreign arm ONGC Videsh Limited (OVL) has been expanding its operations globally.

However, on the negative side, if we look at Trump's economic campaign, he has planned to reduce corporate tax rates in the US to 15% from current rate at 35%. This will automatically make the US as an attractive business destination.

Thus, if he implement this plan, US businesses in India could be lured back to American soil, the report pointed.