Outstanding dues of power producers on electricity distribution utilities have increased by more than 20 per cent to Rs 40,804 crore in January 2019 compared to the year-ago month. 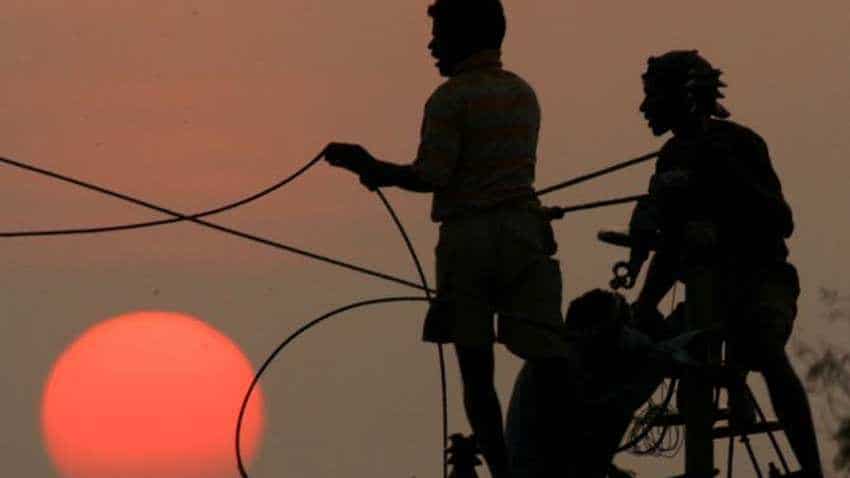 Outstanding dues of power producers on electricity distribution utilities have increased by more than 20 per cent to Rs 40,804 crore in January 2019. Reuters
Written By: PTI
RELATED NEWS

Outstanding dues of power producers on electricity distribution utilities have increased by more than 20 per cent to Rs 40,804 crore in January 2019 compared to the year-ago month, adding to the woes of the stressed sector. According to PRAAPTI portal, discoms owed a total of Rs 33,848 crore to power generation companies in January 2018. The portal was launched in May 2018 to bring transparency in power purchase transactions between generators and discoms. In January this year, total overdue amount, which was not cleared even after 60 days of grace period offered by generators, stood at Rs 26,052 crore against Rs 20,264 crore in same month in 2018.

Power producers give 60 days time to discoms for paying bills for the supply of electricity. After that the outstanding becomes overdue and generators charge penal interest on that in most of the cases.  The data on the portal indicates that the outstanding as well as overdue amount has also increased over the preceding month. In December 2018, the total outstanding on discoms was Rs 39,400 crore while the total overdue amount was Rs 24,262 crore.  Discoms in Uttar Pradesh (UP), Maharashtra, Karnataka, Madhya Pradesh, Haryana, Tamil Nadu and Delhi account for the major portion of dues to power generating companies, taking longer duration of up to 610 days to make payments, the portal showed.

To address delayed payments by discoms, a high-level committee headed by Cabinet Secretary P K Sinha had recommended that public finance institutions (PFIs), such as REC and PFC, may discount the receivables from discoms and make an upfront payment to the generators. Against that, the PFIs will realise their dues from discoms in due course of time and charge interest for the period of delay in payment by discoms. In the case of a default by discoms, the PFIs be covered with a tripartite agreement with the Reserve Bank of India and the states, where the RBI can deduct the money directly from the accounts of a state and pay the financial institution. NTPC has a similar mechanism with the states and the RBI against default by discoms.