Post demonetisation, the demand for second homes market in India is likely to fall in 2017 and following two years on account of reforms introduced by the government. 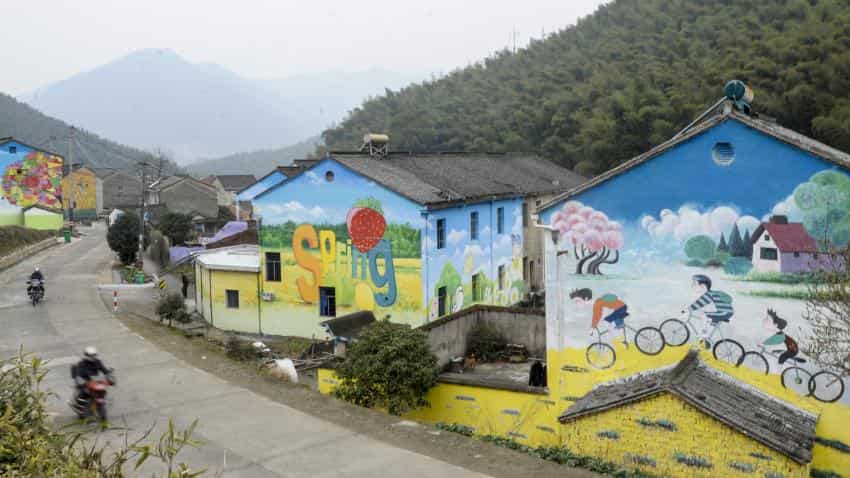 Sai Estate Consultants believes that going forward the demand for the second homes market will record a fall as people will look for some returns before investing into second homes properties. Representational Image. Image Source: IANS/Xinhua/Zhang Hui
Written By: Tejal Yerunkar
RELATED NEWS

Affordable housing safer bet for lenders with under 1% NPA: Cibil

1 In the next two years the demand for second homes market is going to fall by 5-7%, says Sai Estate Consultants

2. Affordable housing to witness growth in demand on account of initiatives taken by the government, cited experts

The demand for the second homes market is likely to fall in the present and for the next two years on account of demonetisation, affordable housing reform and implementation of RERA, according to experts.

The second homes properties are essentially bought by buyers who are looking for an investment option, rental income or for vacations.

Zeebiz.com managed to speak to some experts from the industry and learned that the demand for the second homes market has declined in the last four months on account of the government's demonetisation move and other stringent rules.

“People used to look at second homes market as a place to park their cash component which now has changed due the stricter rules and regulations. They looked for destinations which were away from Mumbai and comparatively at a lower price than Mumbai," property consultancy firm Sai Estate Consultants director Amit Wadhwani told Zeebiz.com in an e-mail interview.

"The demand for second homes has gone down by 15-20% because there are many changes happening in the real estate and also in the affordable housing segment. In Mumbai Metropolitan Region (MMR), affordable housing price has gone down which has led to a fall in demand of the second homes, also from a point of view of a vacation home, consumers are not keen on buying it as they have to shell out their white money,” Wadhwani said.

"Although the sales have slowed down post demonetisation owing to the cash crunch; contrary to the expectation we have witnessed a price correction of only around 5-7% in the secondary market,” Colliers International India senior associate director-research Surabhi Arora told Zeebiz.com.

In a move to curb black money, corruption and terrorism, prime minister Narendra Modi announced scrapping of old currency notes of Rs 500 and Rs 1,000 in November last year, which absorbed the major portion of black money out of the country's economic system leading to fall in investment into the real estate market.

“Earlier on the path between Mumbai and Pune, a lot of people had acquired land for investments considering that there will be a rise in demand but post demonetisation the demands went down and the appetite of the property has gone down,” Wadhwani told Zeebiz.

Identifying certain pockets I do not see Asangaon and a Badlapur now to be a second home due to the connectivity and the budget that they offer, he further said.

Sai Estate Consultants believes that going forward the demand for the second homes market will record a fall as people will look for some returns before investing into second homes properties.

“In the next two years, the demand is going to fall by 5-7%. As far as the NRI’s are concerned the demand will be intact. They are looking at India from a long-term perspective,” Wadhwani told Zeebiz.com.

He further added, “By 2020 when we are on track with housing for all, people will be clearly able to say that if I am buying a second home there will be a certain percentage of return. Post two years, we can look at some increase.”

“The demand for second homes market is still under evaluation owing to demonetisation and provision in the latest Union Budget. The sales and inquiries are still prevalent in the second home segment and it should continue going forward as well,” Arora said.

The industry experts believe that affordable housing will be more in demand going forward given the initiatives announced by the government to this housing segment.

The government's initiatives like 'Housing for all by 2020', giving infrastructure status to affordable housing in its Union Budget 2017-18 and concessions in the income tax exemption scheme on affordable housing, reduction of banks' home loan interest rates, among others, have given the much-needed stimulus to the affordable housing segment.

Sharing similar view, Wadhwani told Zeebiz, "There are a lot of options within the city at affordable prices, earlier when you talk about a Rs 45-50 lakh ticket size it seemed impossible but today it is very much possible."

"Lack of clarity was one reason people used to stay away from certain projects. But with RERA coming into play this will change with most of buyers looking forward to acquiring property in the city. Hence, a person looking for second home has reduced," he further added.

Affordable housing safer bet for lenders with under 1% NPA: Cibil