Prime Minister Narendra Modi, who arrived back to India late last night, is likely to take a decision about the next RBI Governor before July 18. 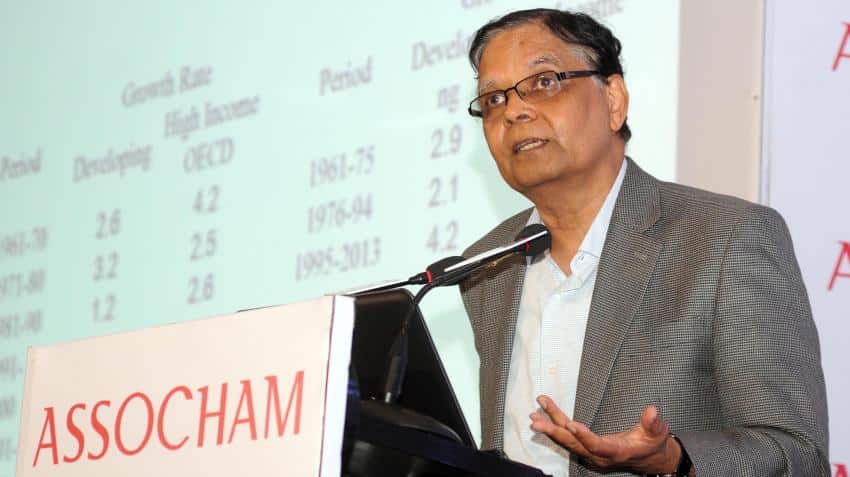 WATCH: Top 5 stories of this night; From Arvind Panagariya as new RBI Governor to oversubscription of L&T Infotech's IPO

The news started pouring in on Monday evening after two news channel tweeted the possibility of the government announcing Panagariya as next RBI Governor.

Central Bank Governor Raghuram Rajan's three-year tenure will end on September 4, and last month, Rajan, in a surprise announcement, said that he will step down from the post and return to academia.

Earlier this month, a top government official had said that government may announce Rajan's successor after Prime Minister Narendra Modi returns from his Africa tour.

Modi, who arrived back to India late last night, is likely to announce his decision about the next RBI Governor before July 18, that is, before the Monsoon Parliamentary Session starts. However, a Zee Business source said that there are chances of Modi announcing the next RBI Governor in the next 24 to 48 hours.

Since last month, after Rajan's big announcement, a few names have been doing the rounds as being in the race for the RBI chair. Among the top contenders are former deputy governors of the Reserve Bank of India (RBI) Subir Gokarn, Rakesh Mohan; SBI chairman Arundhati Bhattacharya, Economic Affairs Secretary Shaktikanta Das and Cheif Economic Advisor Arvind Subramanian.

Who is Arvind Panagariya?

On January 13, 2015, Modi appointed the Indian-American economist, as the Vice Chairman of NITI Aayog, scrapping the 65-year-old Planning Commission.

Panagariya, who is India's G20 Summit negotiator, has been a Chief Economist at the Asian Development Bank. He has also been associated with the World Bank, International Monetary Fund, World Trade Organization, and United Nations Conference on Trade and Development (UNCTAD).

In 2012, Panagariya was honored with the Padma Bhushan, the third highest civilian award in any field.

Further, he was also an Economics Professor at Columbia University. He has written more than 15 books including "Why growth matters" with noted economist Jagdish Bhagwati.

Unlike Rajan, whose main fight as a governor was with inflation rather than cutting the interest rates, Panagariya may not follow the same route. In an interview with Wall Street Journal, he had said, "Personally, I am a dove when it comes to inflation. It is not clear to me that once inflation has been brought down to 7-8% range, pushing the brakes further on money supply buys us a lot. Moreover, given that a very large part of the economy is simply cut off from credit markets, it is not clear how effective the interest-rate hikes are in taming inflation".

After Rajan slashed interest rates by 125 bps in 2015, Panagariya had suggested that the central bank should ease the inflation target.

In an interview with Reuters, Panagariya said, RBI's main policy rate should be 50 basis points lower than it is now. He also stressed on "reviewing the monetary policy framework".

Interestingly, according to another Reuters report, Rajan who does not prefer rate cuts considering the inflation in the country, Panagariya had argued for a cut of 100 bps before RBI slashed rates by 50 bps on September 29.

At that time, in the interview with Reuters, he had said, "Who has a floor of 2% among the developing countries? I have never heard of a developing country on a sustained basis having 2% or 3% inflation. That is the sort of target that most of developed countries have."

Moreover, as per an Economic Times report, on currency front, in January, Panagariya had said that rupee's appreciation against currencies other than dollar was a concern.

Rajan has been focussing on the cleaning of banks' books to curb the massive NPAs problem in the banking sector. However, despite rate cuts, so far banks have hardly transferred any benefits to the people.

As a Governor, Panagariya will be expected to continue Rajan's battle with NPAs and make sure 'transmission' or banks pass on the rates cut benefit to people.

WATCH: Top 5 stories of this night; From Arvind Panagariya as new RBI Governor to oversubscription of L&T Infotech's IPO