Just like startups, IPO is the gateway for companies to enter stock exchanges. They are new and fresh stocks which makes them quite appealing to buy. 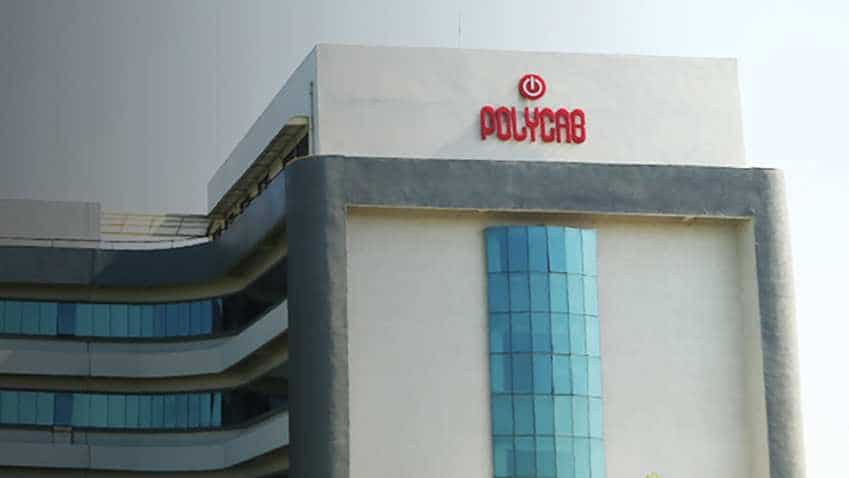 Polycab India is one of the leading wires and cable manufacturer in the country. Photo: Polycab India Official website
Written By: Pooja Jaiswar
RELATED NEWS

One of the most famous quotes of Warren Buffet reads, 'it is rather better to buy a wonderful company at fair price, than a fair company at wonderful price'. The saying is true and is the reason why you should keep an eye on the IPOs. Just like startups, IPO is the gateway for companies to enter stock exchanges. They are new and fresh stocks which make them quite appealing to buy. Take note, betting in an IPO is much better than opting for any other traditional form of investments. However, the right early bird is the key to find! That said, here’s how Polycab India sets an example, to how investment in IPO can make investors richer in 1 day.

Polycab India is one of the leading wires and cable manufacturer in the country. It has made its market debut on stock exchanges on Tuesday. What is interesting to note is that, Polycab listed at Rs 633 which is already at a premium of nearly 18% compared to its IPO’s upper price band of Rs 538 per piece. Within few hours of listing on Sensex, Polycab has already given nearly 23% of return to its investors who have invested in IPO, by rising to an all-time high of Rs 660 per piece.

Polycab launched its IPO between April 05 to April 09, 2019. The price band of the IPO was fixed between lower end of Rs 533 per piece to upper end of Rs 538 per piece. Now retail investors and individuals who bought Polycab shares during the IPO period at that issue price band, are now sitting rich as the debut has turned out to be fruitful on exchanges. Maximum subscription to a retail investor in the IPO was allowed up to Rs 2 lakh.

The company has already received more than what it had bargained in the IPO. Polycab planned to raise about Rs 1,345 crore from the IPO.

Currently, Polycab is a leading player in W&C, with market share of 18% of the organised sector and overall 12%. In past 3-4 years, the company has enhanced its product offering to  fans, LED lighting, luminaries, switches, solar products and accessories. Apart from this, Polycab’s brand has strong recall in W&C and a strengthening one in appliances. Advertising and sales promotion expenses increased to 1.4% of sales in FY18 from 0.4% in FY14. With consistent strengthening in brand and distribution network, Polycab now sits with a PAN-India network of of 100,000 retail points and 29 warehouses, which allow faster delivery.

But did you know Polycab is just stretching right now, as the company is seen to rise by nearly 34% in future. Talking about the Polycab’s listing, Amit Gupta, Co –Founder and CEO, Trading Bells said, “In terms of valuations, the pre-issue P/E works out to 16.7x its FY2019 annualized earnings, which is slightly lower compared to its peers like Finolex Cables (20.7x) & Kei Industries (20.x).”

Assuming the PE normalizes to the industry standards, Gupta says, “we can expect another 20%-24% upside to the IPO price so investors can hold for 6-9 months’ time period. Investors should hold this company as it is based on Indian consumption story where government’s endeavor towards rural electrification is remarkable which is a big catalyst for this Industry.”

Deepak Agarwal and Akshay Mokashe analysts at Phillip Capital said, “PIL’s product categories (current and planned), strong business model, superior reach, and brand recall offer investment comfort – especially in a competitive economic environment. Over the next two years, RoCE/RoE will be 23%/15% and operating cash flow will be Rs 10.6bn. We expect earnings CAGR of 19% over FY19-21.”

According to the duo, at the upper band, PIL trades at FY20/21 PE of 16x/13x. With improving cash flows and balance-sheet strength, valuations will trade at premium with W&C peers (Finolex & KEI), but at a discount to FMEG companies (Havells, V-guard).

IPO markets have been witnessing lackluster demand in FY19 fiscal. According to Prime Database, firms with issues including IPOs, FPOs and OFS, have raised about Rs 36,405 crore in FY19, compared to Rs 98,984 crore raised in FY18. It needs to be noted that, FY18 performance was highest ever since 1990. Coming back to IPO, in FY18 alone, companies have garnered about Rs 84,357 crore through their issue, as against just Rs 29,050 crore in FY17.

So far in 2019, a total 6 IPOs have been launched. Apart from Polycab, others are - Metropolis Healthcare, Rail Vikas Nigam, MSTC, Chalet Hotels and Xelpmoc Design and Tech. But it would be Polycab who has given so far the highest market debut. This also indicates a better FY20 ahead in IPO market. Hence, Polycab does pave the way for primary market in FY20, but it would be keenly watched to upcoming IPOs on whether they can create the same magic like this wires and cable provider.

To select the best IPO as investment, one should be aware of few factors. Note the point when Buffett says a wonderful company, it means having a strong business portfolio. A company that is generating good earnings, debt-free, stable cash reserves, strong product portfolio, CAGR,  check promoters holding and compare performance with peers. Finally analyze the company’s business model and its sector performance as an whole. Keep a tab of government developments and a company’s exposure towards it. Make no mistake IPOs can become your rich story, if invested wisely.