Ananthasubramanian was Chief Executive of the PNB between August 2015 and May 2017, before moving to Allahabad Bank. She was earlier Executive Director at PNB from July 2011 to November 2013. 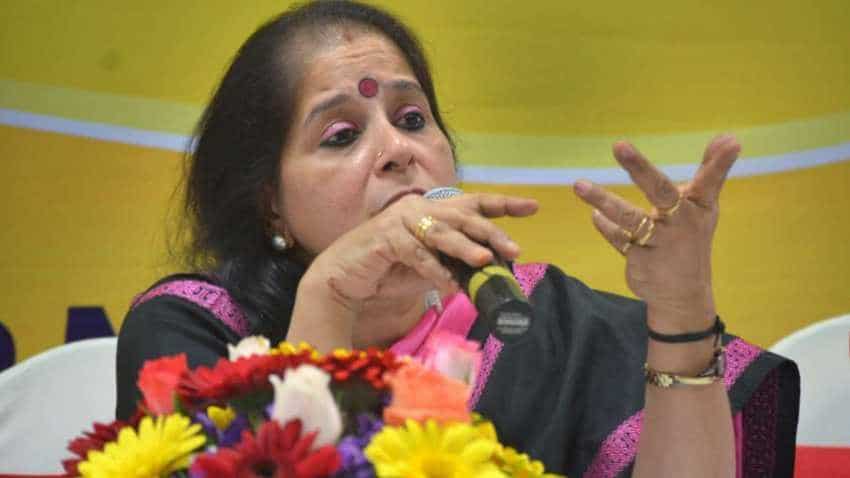 Usha Ananthasubramanian was Chief Executive of the PNB between August 2015 and May 2017, Image source:DNA
Written By: IANS
RELATED NEWS

The central government on Monday dismissed former Allahabad Bank Managing Director Usha Ananthasubramanian on the day she was to superannuate from service, according to an official notification.

In May this year, Ananthasubramanian had been divested of all her powers as MD of Allahabad Bank after being named in a Central Bureau of Investigation (CBI) chargesheet in the Rs 14,000 crore Punjab National Bank (PNB) fraud allegedly committed by absconding diamantaire Nirav Modi, but had continued to remain an employee of the bank.

Ananthasubramanian was Chief Executive of the PNB between August 2015 and May 2017, before moving to Allahabad Bank. She was earlier Executive Director at PNB from July 2011 to November 2013.

Official sources said on Monday that government has given permission to the CBI to prosecute Ananthasubramanian and former PNB Executive Director Sanjiv Sharan in the scam in which Modi`s uncle Mehul Choksi is co-accused and who is also absconding.

In the chargesheet filed in May in a Mumbai court, the CBI alleged that Ananthasubramanian and other senior PNB officials were aware of the fraud going on for some time but did not take any corrective action.